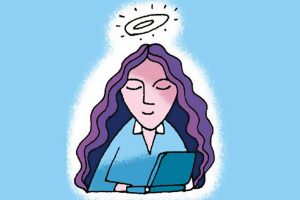 However, women still account for less than a fifth of directorships among Nifty500 companies. Investment banking star and Moelis India chief executive officer Manisha Girotra remembers a colleague who wanted to resign because she needed to attend to her parents’ health issues in a different state.

Rather than quit a promising career, she was given the flexibility of working from home on Fridays, which was unusual in the pre-pandemic days.

This allowed her to take care of her parents’ visits to the doctor and other health-related needs without quitting her job.

She would be back in the city office on Mondays.

Women account for 764 of the 4,505 directorships as of March 4, 2021, shows data compiled by company tracker primeinfobase.com.

Mandatory representation came in with the Companies Act, 2013.

The Securities and Exchange Board of India subsequently made it a requirement for large listed companies to have at least one independent woman director, expanded to the top 1,000 companies by April 2020.

Men held three independent director posts for every similar office occupied by a woman, according to the latest data.

This is a significant improvement over March 2013 when men held 18.7 posts for every one held by a woman.

“While a male colleague might be recognised for being a tough task master, women with a similar working style might be accused of lacking empathy and inclusivity,” Daruwala said.

Existing stereotypes of what kinds of people succeed in certain industries exclude women as early as the point of career selection.

“…Women representation in certain roles and industries, for instance manufacturing, is woefully low because of cultural stereotypes — which influence the education and career women choose,” Daruwala said.

There is also a difference in representation based on the kind of company involved.

Public sector companies have the lowest representation with 10.5 per cent of directorships held by women.

Widely-held companies with no promoter have 16.1 per cent women directors.

Multinational companies are the highest at 17.8 per cent.

She has been vocal about a dispute over representation on the board of the group holding company, Ambadi Investments Ltd (AIL).

“In the case of some family-run businesses it is the unwillingness to change age-old traditions even though they are not in sync with the current reality, male egos, and the perception that daughters are not equal to sons.

“If capability and credentials were the only qualification for board entry, then there is no reason why there should be a glass ceiling in any boardroom,” said Arunachalam.

“Companies are broadly broken up into two buckets: One set is based on old ways of working where families are more insular and suspicious of external input, while another set focuses on good corporate governance.

“Some firms realise the valuations come from good governance.”

The value that women directors bring is not disputed.

“Women directors take the plunge to learn more and they bring diversity and new ways of thinking to the boards….Women need to make their voices heard,” said Swati Piramal, vice-chairperson, Piramal Enterprises.

The study said firms with women CEOs saw a 20 per cent increase in stock price momentum in the 24 months after such an appointment.

Those with women CFOs saw a 6 per cent increase in profitability and 8 per cent higher stock returns.

More gender diversity on company boards corresponded to higher profitability and bigger size than firms with lower diversity, according to the study.

The data showed that 48 of the 494 companies under consideration still didn’t have a single independent woman director on their board.

“Another challenge for women is that they tend to have smaller networks than their male colleagues, which impacts their ability to access top roles — board positions, for example.

“And, lastly, another part of this problem is women still hesitate to ‘ask for a seat at the table,’” said Roopa Kudva, managing director, Omidyar Network India.

Initiatives like allowing small groups of women employees to be heard by the board on key issues could have important signalling value, said Kudva.

“It is equally important to nurture talent at all levels within the organisation and equip them to become leaders in the future.”

Falguni Nayar, founder and chief executive officer, Nykaa E-Retail, suggests that a successful career for women happens when their ambition and desire for independence come together with an organisation which creates equal opportunities. A support system also matters.

Nayar remembers crèches, after-school programmes, and summer camps to keep the children engaged from her time in the US.

Family support and crèche facilities which are making an appearance in private workplaces can help in India.