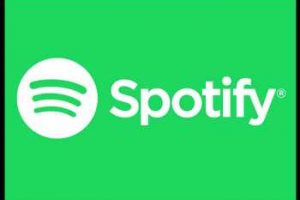 Swedish audio streaming platform Spotify Technology S.A. said it aims to reach a billion users over the next eight years, by 2030, and $100 billion revenue annually in the next 10 years.

In its first investor day since going public in 2018, in New York, the company said it expects high-margin returns from its expansion into podcasts and audiobooks.

Spotify, which is now available in 183 markets globally, ended with 406 million monthly active users or MAUs in the year 2021, up 61 million from the previous year. According to the company, maintaining the same pace of growth over the next years would help the platform hit 1 billion MAUs in the second half of 2030.

The outlook for users is based on its continual growth in established or mature streaming markets, such as North America, UK & Western Europe, Australia & New Zealand.

Further, the company projects revenues to grow nearly 10-fold from 2021 revenues of $11.4 billion in the next 10 years. Operating margin is expected to improve to 20 percent and gross margins to grow to 40 percent.

Over the next 10 years, the company plans to enter new types of content, other than music, podcasts and audiobooks.

Spotify listeners now have access to all the world’s music, as well as more than 4 million podcasts and a number of audiobooks that can be listened to anywhere.