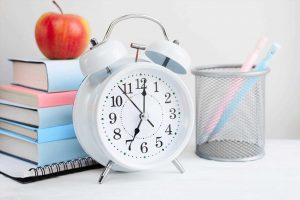 Signs are mounting that student loan borrowers could get more time before they need to resume their payments.

For more than 16 months now, most borrowers' bills have been on pause, thanks to a break offered by the U.S. Department of Education because of the financial struggles wrought by the Covid-19 pandemic. Currently, those payments are scheduled to begin again in October.

However, an extension is under consideration, experts say.

"There's a great deal of discussion about what's the right thing to do here," said Scott Buchanan, executive director of the Student Loan Servicing Alliance, a trade group for loan servicing companies and their affiliates.

More from Personal Finance:
Consider these tax moves before paying for college
How to identify and control a spending problem
The next big steps to take after quitting your job

A recent change in student loan servicing could work in borrowers' favor.

The Pennsylvania Higher Education Assistance Agency — which oversees loans of 8.5 million student borrowers — announced this month that it would not renew its contract with the federal government when it ends in December. All those borrowers, as a result, will need to be matched with a new lender.

"It would be confusing for PHEAA borrowers to restart repayment on Sept. 30, only to change servicers on Dec. 14," said higher education expert Mark Kantrowitz.

"It would be better to combine both changes so that they occur at the same time."

There were already signs that the White House was considering an extension.

In an interview with the Education Writers Association in May, Education Secretary Miguel Cardona said the government was deciding whether it should grant borrowers more time beyond September.

Meanwhile, Democrats and advocates are pushing for an extension.

Sen. Elizabeth Warren, D-Mass., and Senate Majority Leader Chuck Schumer, D-N.Y., sent a letter in June to President Joe Biden, urging him to keep the payment pause in effect until March 2022. That would mean most borrowers wouldn't have made a payment on their student loans in two years.

More than 120 organizations, including the American Civil Liberties Union, the National Consumer Law Center and the Consumer Federation of America, also recently wrote to the president, asking him to extend the payment pause until student debt has been forgiven.

Maintaining the pause until a decision on forgiveness is made would reduce confusion for borrowers and servicers alike, experts say.

The decision over when to resume payments may also depend on how borrowers are faring as the country pulls out of the pandemic.

Those with student debt were struggling before Covid, with more than 1 in 4 in delinquency or default. After more than a year of record-high unemployment levels, that pain has only worsened.

The unemployment rate for those with an associate's degree was more than 5% in May, compared with 2.8% before the pandemic. Close to 3% of bachelor's degree recipients remain jobless, up from around 2.2% pre-Covid.

The Congressional Budget Office recently predicted that the jobless rate for younger workers will be slower to improve than the overall rate.

"Best guess is that the payment pause and interest waiver will be extended if the unemployment rates for college graduates have not yet normalized as of Sept. 30, 2021," Kantrowitz said.