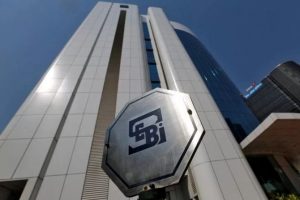 Securities and Exchange Board of India (Sebi) chairman Ajay Tyagi on Thursday defended the recent reforms announced by the regulator, such as peak margin norms and shortening of the trade settlement cycle, saying they were in the interest of investors.

The moves were criticised by the broking community and the foreign portfolio investors (FPIs).

Speaking to the media after his inaugural address at the CII Financial Markets Summit, Tyagi said: “The new peak margin norms are in everyone’s interest.

“An investor’s margins should not be used for others or for proprietary trading by brokers. Given the increase in retail participation, higher margin norms will give us the peace of mind and assurance that nothing will go wrong.”

From September 1, Sebi has barred brokerage from giving any additional intraday leverages for both equity and derivatives trading.

This means investors are required to provide for minimum margins — VAR+ELM for stocks and SPAN+Exposure for derivatives, even for intraday trading.

On the issue of a bubble in the equity market, the Sebi chief said there are some possible headwinds.

“How excess liquidity in the system would be managed by the central banks, including the timing and pace of unwinding.

“The level of inflation is another factor to watch.

“Given the uncertainty, it is difficult to predict the inflection point,” he said.

SPAN stands for standard portfolio analysis of risk, VAR is value at risk, and ELM is extreme loss margin — metrics used to determine the risk to investment for securities.

“There is a need to reduce it further now as there has been significant reforms in the payments and banking system.

“Investors have the right to receive what they purchase as quickly as possible.”

On September 7, Sebi issued a circular introducing an optional T+1 settlement cycle for the domestic markets from January 1, 2022.

The regulator has directed stock exchanges to decide whether they want to opt for the shorter cycle for any of the listed scrips.

Tyagi said Sebi’s is moving towards a shorter settlement cycle in a phased manner because of concerns and challenges highlighted by FPIs.

Brushing aside some of these concerns, Tyagi pointed out that FPIs have been investing in the derivatives market since 1999, where upfront payments are required.

“Also, they invest in the IPO market where money is blocked for seven days.

“Even the US clearing corporation has floated a discussion paper to move towards T+1 settlement. It is something that is desirable to everyone,” he said, adding that FPIs need to introspect.

The Sebi chief said domestic investors account for 95 per cent of the volumes on one of the exchanges (BSE) at present.

“When asked whether different exchanges opting for different settlement cycles will fragment liquidity, Tyagi said: “this won’t impact liqu­idity. Taking into account overall li­qu­i­dity and costs, investors will take a call where to trade.”

On the requirement of separation of chairman and ma­naging director post for listed companies Tyagi said one can understand the argument that it should not be ma­de mandatory but  suggest that both can be related is unfair.

“I want to ask if they are related then what is the relevance of separating them,” he said.

On Sebi’s recent crackdown against insider traders, Tyagi said the regulator is effectively dealing with the problem. However, he refused to share details on the technology it uses, as that could lead to people gaming the system, he added.

In the recent past, the regulator has passed orders for breach of insider trading norms in companies such as Poonawalla Fincorp, Infosys, and Zee by making use of sophisticated technological tools.

On foreign listings, Tyagi said the government has to decide on the issue.

Commending the recent instances of shareholder activism, he said it “is good for everyone, especially minority shareholders”.