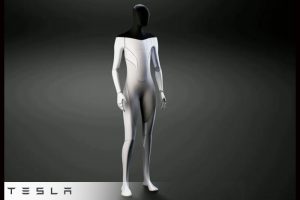 Thursday, during the inaugural AI day organized by Tesla Inc (TSLA), CEO Elon Musk announced that his company is working on a 5-foot 8-inch humanoid named Tesla Bot, completing the Holy trinity of futuristic visions with advanced spacecraft from SpaceX and electric vehicles. The Bot is still in the development phase and a prototype is supposed to be ready by 2022.

Borrowing the Self operating technology in the Tesla vehicles, the Bot is like a non-automotive version of the EVs, said Musk. “Basically, if you think about what we’re doing right now with cars, Tesla is arguably the world’s biggest robotics company because our cars are like semi-sentient robots on wheels. With the Full Self-Driving computer, [ … ] which will keep evolving, and Dojo and all the neural nets recognizing the world, understanding how to navigate through the world, it kind of makes sense to put that on to a humanoid form.”

With this, Tesla joins the list of automobile manufacturers who also have their own line of robots, pioneered by Honda’s Asimo. Talking about the future, as one must after announcing an automated humanoid, Musk tried to paint a picture where robots do not only do the household chores and the “drudge work” but also help businesses. “In the long term I do think there needs to be universal basic income,” Musk said, “But not right now because the robot doesn’t work.”

In a 2018 YouTube documentary, Musk had said that “AI doesn’t have to be evil to destroy humanity – if AI has a goal and humanity just happens in the way, it will destroy humanity as a matter of course without even thinking about it, no hard feelings.”

Now, in its own manufactured robots, Tesla is making sure that the Bot cannot outrun or overpower humans. The Bot is being made to weigh 125 lbs with a maximum speed of 5kmph and it is also being programmed to be “friendly.”

In a joking manner, the billionaire entrepreneur said, “We’re setting it such that it is at a mechanical level, at a physical level, you can run away from it and most likely overpower it. Hopefully, that doesn’t ever happen. But you never know.”