Home » Business » The 30 Largest Militaries in the World

The 30 Largest Militaries in the World 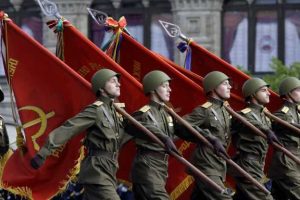 The Russian invasion of Ukraine, which began in late February, is approaching the half-year mark. It was a conflict that many experts expected to be over in a matter of weeks, if not days. Even for those who are not military experts, a quick end to the conflict seemed a likely outcome when considering the vast difference in military power between the two nations. Russia has close to 1.5 million personnel in its armed forces, according to estimates reported by the World Bank, compared to Ukraine’s 311,000.

Another difference between Russia and Ukraine is in defense spending. While Russian military spending topped $61.7 billion in 2020, Ukraine’s was $5.9 billion. However, in many places, Ukrainian forces have pushed back the Russians. The Ukrainian forces have inflicted serious damage on the invaders and claim to have killed nearly 19,000 Russian soldiers, The Guardian reported on April 8.

Among the reasons given for the Ukrainian forces impressive performance is availability of advanced weapons from NATO countries, the fact that Ukrainians operate in areas they know well that the Russians do not, and the high morale of the defenders. (These are wars in which the most Americans died.)

Military size, based on military personnel, is, therefore, only one measure of how successful any country may be in a conflict. The U.S. spends more on its military than any other country. It also has among the world’s most sophisticated weapons. Still, a huge military has significant advantages in many conflicts. Certainly, the Chinese showed this in the Korean War.

Using armed forces personnel data from the World Bank, 24/7 Wall St. identified the country with the world’s largest militaries. Personnel counts are for 2019 and include active-duty military personnel as well as paramilitary personnel. Only paramilitary personnel whose training, organization, and equipment suggest they could be used alongside — or in lieu of — a more traditional military were included. Their inclusion means that personnel estimates may differ from other published estimates.

We also considered military spending, both in U.S. dollars and as a share of GDP. Though many of the countries with the largest militaries also tend to invest more than average on their armed forces, no country has a larger defense budget than the United States. The U.S. spent $778.2 billion on its military in 2020, triple the amount spent by China, the country with the second largest military budget, and more than 12 times Russia’s spending.

Click here to see the countries with the largest militaries