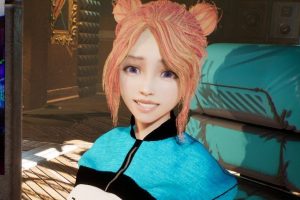 Every time the virtual character CodeMiko starts streaming on Twitch, hundreds of thousands of viewers tune in to watch her, whether she’s interviewing other famous streamers like Pokimane, playing video games, or scrolling through memes.

While Miko is an animated character who regularly gets exploded or turned into a clown by her fans and sometimes glitches out on-screen, the real human who created her has a much more high-tech setup.

Miko’s maker goes only by the pseudonym “Technician” and has shared scant details as to her identity, but Insider got in contact via the manager listed on CodeMiko’s Twitter account.

While the Technician declined to drop the veil of secrecy, she told Insider that she’s a 30-year-old, Los Angeles-based creator who launched CodeMiko after getting laid off from a design job at the beginning of the pandemic. Instead of hustling to get a new corporate gig, she decided to take a risk and buy $20,000 worth of motion capture gear to create her virtual character.

That big swing paid off: CodeMiko now has 700,000 followers on Twitch for her four-times-weekly show — and Technician says that that massive following has allowed her to make streaming her full-time job.

The woman behind CodeMiko creates the character by slapping on a motion capture suit, referred to as a mocap suit, which tracks her movements using sensors in the joints of the outfit. She then uses iPhone’s augmented reality software to track her facial expressions and uses Epic Game’s 3D game software Unreal Engine to process those inputs and create a life-like character.

Technician purchased the suit from Netherlands-based firm Xsens using a credit card and once she had the gear, she created her virtual personality: A pink-haired woman named Miko who wants to be a non-playable character in a high-budget game like Grand Theft Auto or Tomb Raider but is too glitchy so streams on Twitch instead.

“I always wanted to make a quasi-game mixed with real-life streaming mixed with a narrative format, just all mushed into one,” Technician told Insider. “It feels like a new genre of entertainment and I’m still not sure what to call it, but I tried it out and it worked out.”

When she first launched her channel in March 2020, she would only have a few viewers tuning in. But antics like chaining Miko to walls, glitching out of reality, and making X-rated jokes helped her gain attention and, within three months, she had already garnered thousands of subs.

“Interactivity definitely helped keep the project alive because I think, with my size at the beginning, I couldn’t pay rent, let alone afford my project,” she said.

Viewers seemingly love messing with Miko, spending real money to buy Twitch currency called “bits” to force her to dance, change her physical traits, or even kill her.

“Things that annoyed me or killed me they loved,” she said of her growing fanbase. “When I put in interactivity and the arcade-type stuff, I grew very fast.”

Miko amassed 12,000 subscribers and her base continues to grow to approximately 700,000 followers as of late May. The revenue Miko earns each stream — along with money from sponsors such as energy drink G-Fuel and gaming chair firm Mavix — is enough that Technician says that she makes a comfortable living and has hired an animator, engineer, publicist, personal assistant, and manager. While this new team helps Technician work more efficiently, she still lays out animation instructions and helps fine-tune any changes to Miko, clocking in a grand total of 100 hours a week, according to her publicist.

Miko runs the show but viewers also love to see Technician, who sometimes streams herself without the mocap suit. Fans especially enjoy seeing Miko make fun of Technician on streams and she even recently (and crudely) interviewed Technician’s real-life boyfriend, who is also a streamer, revealing a few satirical details about him like how he’s a “boomer” on Twitch and has to sign an NDA if he wants to hang out with Technician.

Getting to know the Technician behind Miko

Technician said she has always had an interest in film and games, which led her to study computer animation in college, where she “fell in love” with the idea of being able to create games and experimented with virtual game engines.

She used Unreal Engine’s Blueprint visual scripting to create Miko’s body and built her face using the drag and drop interface along with C++.

“When it comes to my technical skills, I think everybody can see during my streams that I’m actually a very creative technical person, but I am not a very clean technical person,” Technician said. “The things I write are kind of a mess, like I kind of hacked things together and just forced it to work.”

Technician said that starting with the art behind animation was a key part of her experience because it’s what makes a character appealing.

“I’m really happy with that background because a lot of people that just go straight to technical don’t really get to study art,” Technician said. “The gameplay is important but what draws people in is the art first.”

Technician’s main takeaway from her Twitch experience is that anyone can learn technical skills — even if they don’t go to school for engineering — if they work hard enough. But having a keen eye for artistic detail is a learned talent that brought her a long way on Twitch.

“When you get into the technical stuff, you really get into the rabbit hole of just technical things. It’s all about ‘How do I make this work? Or how do I troubleshoot this?'” she said. “You never think ‘Oh, I should go and draw, you know, so I can get better with my design and concept skills.’ So I think it was a really good move for me to actually go into art and design first.”

Due to Miko’s growth as a streamer, Technician is constantly looking for new opportunities to scale up her brand. Currently, the CodeMiko team is working on Miko 3.0, which will “look way less scuffed.”

This won’t be the first time that Miko got a revamp: CodeMiko 2.0 was released in June 2020.

As for Technician, she said that maybe someday she’d consider giving the mocap suit to another streamer so she can work on different projects and ventures, but for now she’s having a lot of fun using her technical skills to build Miko.

“Honestly when it comes to me coming up with ideas, I just playfully think of things that will make me laugh,” Technician said. “I think the biggest thing for me is to just not be afraid to try it. If it doesn’t work, you know, you can always just throw it away.”