An Arizona medical assistant testified Tuesday at the criminal trial of Elizabeth Holmes that she received two Theranos Inc. blood tests indicating she was miscarrying when she was in fact pregnant—results that her medical provider testified were unlike any she has ever seen in eight years of practice in women’s health.

After the erratic results that patient Brittany Gould received on the key pregnancy marker in October 2014, nurse practitioner Audra Zachman testified, "I felt very uncertain of the validity of the results and felt uncomfortable as a provider" sending more patients to Theranos.

Ms. Gould is the first patient to take the stand, as the proceedings enter the third week of testimony. Prosecutors have so far called three former Theranos employees to help bolster their case that Ms. Holmes defrauded patients and investors by touting that Theranos had developed a revolutionary technology that could test for a range of health conditions using a few drops of blood from a finger prick.

ELIZABETH HOLMES TRIAL: EX-EMPLOYEE SAYS SHE WAS REBUFFED IN ATTEMPT TO RAISE ALARMS

Ms. Holmes has pleaded not guilty to 10 counts of wire fraud and two counts of conspiracy to commit wire fraud.

In the run-up to trial, attorneys for Ms. Holmes repeatedly sought to keep patients and medical practitioners from taking the stand, arguing that testimony about allegedly incorrect tests they received are merely anecdotal and don’t show Theranos had widespread accuracy problems.

U.S. District Judge Edward Davila disagreed, ruling in May that, "Evidence of even one inaccurate result tends to show that Theranos was producing inaccurate results, even if it does not fully prove the point." At the same time, Judge Davila limited the scope of any patient testimony, ruling that they could only discuss the facts of the inaccurate test and money lost by paying for it, not about any emotional or physical harm that might have befallen them if they had followed the faulty test’s results.

Before jurors came into the courtroom Tuesday, an attorney for Ms. Holmes asked the court for assurance that his ruling would be followed and emotions would be kept out of the testimony. Assistant U.S. Attorney Robert Leach said he told the patient and medical practitioner about the bounds. 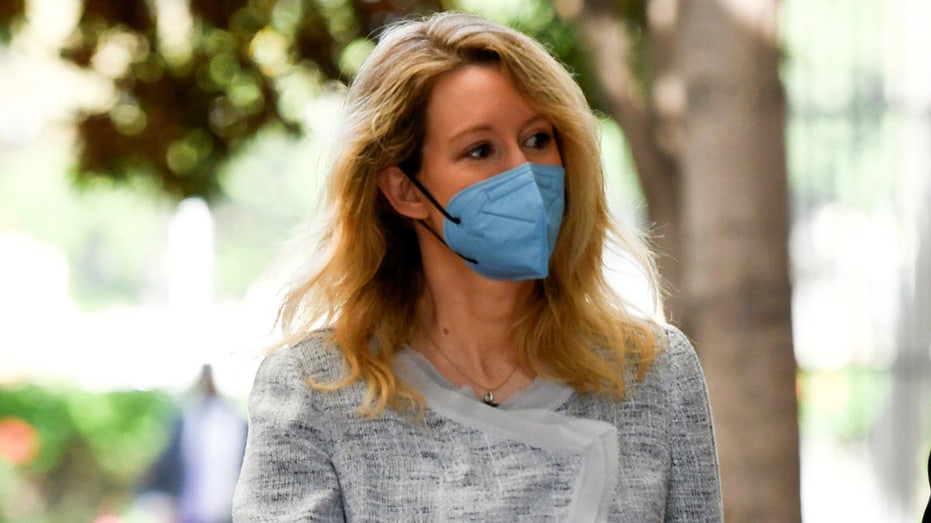 Ms. Zachman’s testimony veered briefly into the emotional impact to a patient from receiving disappointing test results. She told jurors that after receiving two Theranos tests indicating Ms. Gould might be miscarrying, she asked her patient if she was experiencing any symptoms consistent with losing a pregnancy. Ms. Gould said she wasn’t, but expressed, "surprise, sadness," Ms. Zachman said.

Ms. Gould had experienced three prior miscarriages, putting her in a high-risk pregnancy category that made taking the hormone tests every two days even more important, Ms. Zachman said in court.

During her less than 20 minutes on the stand, Ms. Gould testified that she remembers learning about the results from Ms. Zachman and discussing options they could take to terminate the pregnancy, including medication.

The finger-prick tests Ms. Gould took at a local Walgreens had been appealing for the convenience, she told jurors, and because they were less costly under her high-deductible health-insurance plan.

She said she never used Theranos tests again because she "didn’t trust it" after that experience.

The Wall Street Journal reported on Ms. Gould’s story in August. She described the dread she felt at having to tell her 7-year-old daughter that she was once again miscarrying and how she became too wrapped up in emotional turmoil to think about reporting her inaccurate results to Theranos.

Ms. Zachman testified Tuesday that she filed a complaint with Theranos about Ms. Gould’s results and received corrected results on one, changing the number from 125.58 to 12,558. The value still didn’t make sense, she said, because it was the same as Ms. Gould’s result from two days earlier, when in healthy pregnancy the number is expected to double. "I remember not gaining a lot of trust back after that," she said.

During cross-examination, an attorney for Ms. Holmes asked whether she was aware that Theranos performed more than 300 pregnancy-hormone tests for patients at the medical practice where Ms. Zachman worked, including for some of her patients, from October 2015 to October 2016. Ms. Zachman said she didn’t remember.

In arguing ahead of the trial that patient testimony should be kept out completely, Ms. Holmes’s lawyers said the anecdotes were meaningless without broader data on Theranos’s test results—and that such data didn’t exist because a key database from the company is no longer accessible.

Prosecutors say Theranos’s final few employees destroyed the original database when they took apart the servers containing it as the company dissolved in fall 2018. Ms. Holmes’s lawyers say prosecutors received their own copy of the database but sat on it for months before realizing that no one could provide a passcode needed to access it.

Earlier Tuesday, attorneys for the government and Ms. Holmes finished questioning Surekha Gangakhedkar, a chemist who worked at Theranos for eight years before quitting in 2013 over what she said were concerns that the company’s technology wasn’t ready to be deployed for patient use.

Ms. Holmes’s attorney, Lance Wade, tried to show a different narrative of Ms. Gangakhedkar’s time at Theranos, highlighting the achievements of her lab and Ms. Holmes’s commitment to research and development.

Mr. Wade tried to drive home the point that developing new technology is a process that takes time, and challenges are common.

"Sometimes you have to fail before you can succeed, right?" Mr. Wade said.