Home » Business » The Most Affordable US Cities for Commuters

The Most Affordable US Cities for Commuters 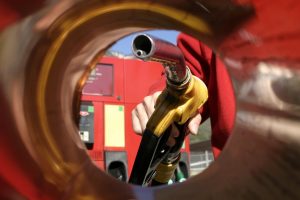 Listing the most affordable metros for gasoline is becoming an increasingly challenging endeavor as the economic news becomes grimmer.

The Labor Department on Friday said the consumer price index rose 8.6% in May from the same month a year ago, propelled by soaring energy and food prices. That is its fastest pace since December 1981. A gallon of gas in the U.S. now costs $5 on average nationwide, according to GasBuddy. JPMorgan analysts forecast that it could climb above $6. Crude oil is trading at around $120 a barrel, and analysts do not foresee much relief in sight. (The price of this household item is soaring.)

While the rising cost of gasoline has impacted all U.S. metro areas, some are more affordable for commuters. To find the most affordable metros for gas, 24/7 Wall St. reviewed Clever Real Estate’s The Best and Worst Cities for Commuters in 2022. Clever compared the 50 most populous U.S. metro areas across nine metrics related to commuting, including annual cost of commute cost as a percentage of income, commuting distances and times, and insurance and fuel costs among others.

In contrast, the annual cost to commute as a percentage of average income in Detroit is a whopping 29%. The Motor City is one of three metros where that cost exceeds 20%, or one-fifth, of average income. Detroit is also saddled with the highest annual fuel cost of a workday commute at $12,801.

The pandemic forced many to work from home, if they could, and now the escalating cost of gasoline is making the prospect of working remotely even more appealing. For those with in-person labor positions in manufacturing, retail, or health care who do not have a choice of working from home, they face the income crushing reality of higher gasoline prices.

Sponsored: Tips for Working With Your Retirement Advisor:

Finding a qualified financial advisor doesn’t have to be hard. SmartAsset’s free tool matches you with up to three financial advisors who serve your area, and you can interview your advisor matches at no cost to decide which one is right for you. If you’re ready to find an advisor who can help you achieve your financial goals, get started now.

If retirement planning is your ultimate need, you could also work with a financial planner. Check out SmartAsset’s guide on financial advisors and financial planners to understand the differences between them.