Home » Business » The Most Dangerous Place to Go for the Holidays

The Most Dangerous Place to Go for the Holidays 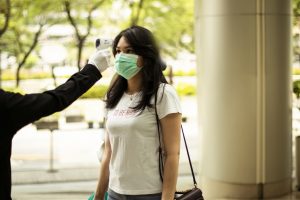 As the late summer surge of COVID-19 began to fall sharply in late October, people began to believe they would get a holiday respite. Restaurants resumed indoor dining. Sports arenas opened. Vaccinated people were told they could join other vaccinated people at home. And it appeared that it would be much safer to fly, which helped trigger a spike in air travel over the Thanksgiving weekend.

In the past two weeks, however, the COVID-19 situation in the United States and most of the world has changed radically. The omicron variant has caused spikes in infection in many countries worldwide as it spreads much more rapidly than other variants. The World Health Organization reports that in areas with local spread, cases can double in 1.5 to 3.0 days. (This country has the most COVID-19 deaths in the world.)

Among the reactions to this spread are new lockdowns and restrictions on travel. Several European nations have all but locked down travel. The Wall Street Journal notes, “Germany’s travel restriction applies to all residents of the U.K., Northern Ireland, the Channel Islands and all British overseas territories, according to the Robert Koch Institute, which maintains the list of affected countries.”

For Americans considering overseas travel, the Centers for Disease Control and Prevention keeps a list of COVID-19 Travel Recommendations by Destination. The CDC classifies countries by four COVID-19 risk levels, the most dangerous one labeled “COVID-19 very high.” At this level, the CDC’s recommendation is to “avoid travel to these destinations.”

However, most Americans who travel do not leave the country. The areas of risk for these travelers fall primarily into two categories. The first concerns state and local rules for vaccination, masking, and social distancing. According to the AARP, some states have no mask rules at all. While 61% or Americans are vaccinated, the vaccination rate is as low as 50% in some states, including Alabama, Mississippi, and Wyoming.

The second concern when traveling is the local infection rate — whether an area is considered a hotspot. Some organizations even predict the trend of infections. For example, the Mayo Clinic’s tracker shows a rolling average of daily cases for the past week, which it considers the best sign of hotspots. The clinic’s experts monitor the seven-day average instead of daily new cases, especially since local health departments have shifted their focus to vaccine reporting and no longer report case counts every 24 hours. Mayo Clinic also gives a 14-day forecast.