Home » Business » The Worst Athlete With the Longest Career

The Worst Athlete With the Longest Career 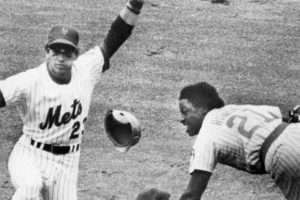 Some professional athletes have turned their lack of success into an ingredient of jobs that make them large sums of money after they retire. Of these, their knowledge of the sports at which they did not excel has become part of this formula.

Among these retired failures who became successes are John Madden, the face of the NFL, and a player who never started a game in the NFL due to injury, and Bob Uecker who went from a less than mediocre career in baseball to a radio personality and omnipresent product promoter.

On the other hand, some players stay in their sports for a very long time, despite their lack of skill and without producing success for their teams.

Throughout the history of the NFL, NHL, NBA and MLB, some players have remained professional athletes despite putting up lackluster statistics. This could be for a few reasons, including filling a specific positional role that does not have much competition, or coaches liking their leadership and character in the locker room.

To determine the worst athlete with the longest career, 24/7 Tempo reviewed data from the Sports Reference family of sites on veteran players in the NFL, NHL, MLB and NBA who played hundreds of games with the lowest overall contribution to their teams’ success.

Some of the athletes we considered were never statistically impressive, but they managed to stay on a professional roster, an accomplishment in and of itself. Many of the players on this list are journeymen, players that hop from team to team, trying to stay on an active roster any way they can.

The players we looked at may not be huge contributors to their team, but most franchises have some bottom of the roster players that do little to contribute to overall success. Where teams really get in trouble is when highly paid athletes struggle to live up to the multimillion-dollar contracts they signed, leaving their teams with little extra money to sign other players.

The least successful athlete with the longest career was Doug Flynn. Here are the details:

Flynn played 11 MLB seasons between five different teams, most notably the Mets, Expos and Reds. Though his .238 lifetime batting average is respectable, Flynn seldom walked and scarcely hit for power, making him an offensive liability. His lifetime slugging percentage is under .300, and he had just seven home runs in over 4,000 plate appearances.

Players were selected based on their overall contribution to their teams, as measured by approximate value for NFL players, wins above replacement for MLB players, point shares for NHL players and win shares for NBA players. Only players who appeared during the modern eras of these leagues were considered.

Click here to see all the least successful athletes with the longest careers.