Home » Business » The Worst Counties to Live In

The Worst Counties to Live In 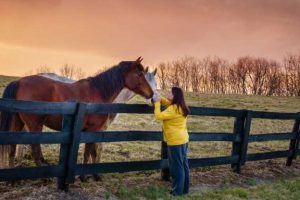 Compared to the rest of the world, the United States has a relatively high standard of living. However, in a country home to over 328 million people spanning nearly 3.8 million square miles, there are outliers — places where quality of life has been eroded by any number of economic and historical forces.

While there are countless factors — many of them subjective — that can contribute to or detract from quality of life, there are a few key objective measures that can reveal a great deal about a given area. The United Nations Development Programme identified some of these measures and created the Human Development Index, a tool to gauge and compare prosperity at a national level from a holistic perspective.

Inspired by the HDI, 24/7 Wall St. created an index of three measures — poverty, life expectancy at birth, and bachelor’s degree attainment — to identify the worst U.S. counties to live in.

The three measures used to create this list are closely related to each other. People living in poverty are often less able to afford health care or healthy lifestyles, both of which can have serious health repercussions. Similarly, higher educational attainment has been shown to improve health outcomes and reduce the likelihood of unemployment and financial hardship. Both high poverty rates and low educational attainment rates are common in parts of the U.S. with low life expectancy at birth.

Many of the counties on this list are in rural Appalachian coal country — an area that has been economically decimated by the decline of coal mining in the United States. Once an economic pillar in communities across West Virginia and Kentucky, coal production has precipitously declined in these areas as the U.S. power grid moves away from coal and relies more on cleaner burning natural gas and renewable energy sources. Here is a look at how much renewable energy your state produces.

Most of the remaining counties on this list are located in or around American Indian reservations. Native Americans commonly face generational poverty resulting, in part, from their historical mistreatment by the U.S. government. Certain existing conditions in some reservations also affect upward economic mobility. For example, reservation land is often communally-owned, making it difficult for local residents to build wealth through homeownership. Here is a look at the states with the most Indian reservations and tribal areas.