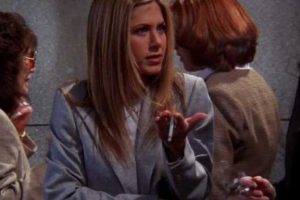 Friends is among the very few television prime time series that ran for 10 seasons or more. Friends was on the air from September 22, 1994, to May 6, 2004. It launched movies careers for several members of its cast. This included Jennifer Aniston, Courteney Cox, Lisa Kudrow, Matt LeBlanc, Matthew Perry. Among these, Jennifer Aniston has been the most successful of all. She has made several movies that have grossed over $100 million. Her net worth is estimated in the tens of millions, or more

Despite the fact that “Friends” was a comedy, it has made it onto several TV show and episodes “best” lists including those put out by once influential TV Guide.

To determine the worst episode of “Friends,” 24/7 Tempo reviewed data on audience rating from the Internet Movie Database. All episodes of “Friends” were ranked based on average IMDb user rating as of November 2021. In cases of a tie, episodes with more IMDb user votes were given a higher ranking. Supplemental data on the number of IMDb user votes and original airdate also came from IMDb.

Fans don’t appear to have thoroughly enjoyed seasons eight and nine. Nine of the 25 worst episodes of the sitcom we looked at are from those two seasons. Another four are from season four, which also happens to have many of the show’s best episodes — these are the best episodes of “Friends.” It’s worth noting that even the worst episode of “Friends” has a rating that most shows and even movies aim for — above 7 out of 10.

The worst episode of “Friends” was The One with the Invitation (Season 4, Episode 21). Here are the details:

Click here to read The 25 Worst Episodes of ‘Friends’ Ever, According to Data