Home » Business » These Are the Countries With the Worst Traffic Jams

These Are the Countries With the Worst Traffic Jams 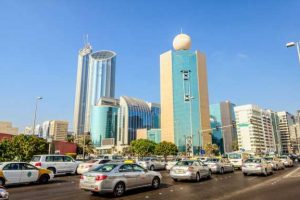 Traffic jam rates in most cities in the United States dropped off at the peak of the COVID-19 pandemic. People increasingly worked from home. Cities often were considered dangerous because of population density. As the infection rates have declined in many areas of the nation, cars and traffic slowdowns have returned.

Municipal officials have tried to prevent traffic jams for decades. Not much has worked. Among the causes for congestion are old roads first built to handle less volume than they do today and a lack of complete public transportation systems. Older roads are often under construction, which makes the problems even worse.

Among the few solutions has been to raise tolls on the highways, bridges and tunnels that go into large cities. So far, that has not appeared to make a dent in the problem.

When it comes to the countries with the worst traffic jams, the United States does not even make the top 10. Select Car examined hours in traffic per year. At the top of the list was United Arab Emirates at 406, followed by Taiwan at 243. Speaking about all other countries, the authors wrote it “pales in comparison to UAE drivers who spend almost 17 total days a year stationary behind the wheel. It’d take less time to travel the world’s longest driveable distance, from Khasan, Russia to South Africa’s Cape Town (13,600 miles and 13.42 days).”

Why the United Arab Emirates? The study does not give a reason. However, two cities contain a large portion of the nation’s 9.9 million people. These are Dubai at 3.4 million and Abu Dhabi at 1.8 million.

On the positive side of the ledger, according to “Infrastructure and Vision 2021,” it ranks seventh among the world’s nations in “quality of road infrastructure.”

Taken together, the congestion factor and infrastructure quality factor would seem to cancel one another out.

These are the 10 nations with the worst traffic jams and the average hours in traffic there per year:

Click here to read about the longest road in America.