Home » Business » This County Has The Lowest Vaccination Rate In America

This County Has The Lowest Vaccination Rate In America 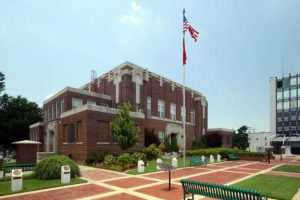 Vaccination has become the key to the fight against COVID-19 in America. As more and more people get shots, the use of social distancing and mask-wearing has dropped. However, as a single weapon, it can only be so effective, because many Americans have not received vaccine shots, and have even rejected them in some cases.

While the U.S. as a whole has a vaccination rate of 58% for people 18 years of age or older, many states have figures well below that, and some counties have frighteningly low rates. This risks a tremendous surge in certain parts of the country.

Unfortunately, it has been easy for some Americans to forget or ignore the U.S. numbers. Just over 610,000 people have died from COVID-19. That is just above 15% of the global total. Confirmed cases in the U.S. reached 33.8 million as of yesterday. That is just over 18% of the global figure. While the worst spread of the disease has moved to India, South America, and parts of Africa, American remains vulnerable.

The latest threat to America is the Delta variant of the disease, which spreads faster than the earlier versions of COVID-19. Dr. Anthony Fauci recently commented: “The Delta variant has the capability of spreading much more efficiently from person to person. It also can cause more severe disease.”

The state with the lowest vaccination rate is Mississippi where 38.3% of people 18 years old or older are fully vaccinated. Other states with very low rates include Wyoming, Louisiana, Alabama, West Virginia, Idaho, and Arkansas. As the Delta variant reaches these states epidemiologists are convinced there will be a spike in confirmed cases and deaths.

Astonishingly, one American county has a vaccination that is barely above 10% for adults 18 years old or older. The exact rate in Miller County, Arkansas is 10.8%. According to the U.S. Census, Miller County has a population of 43,257. Just over 68% of the county is White. Another 25% is Black. The county is relatively poor. The median household income is $43,371, more than $20,000 below the national average. The poverty rate, at 14.1%, is above the national figure.