Home » Business » This Is The City Where Homes Are Selling Fastest

This Is The City Where Homes Are Selling Fastest 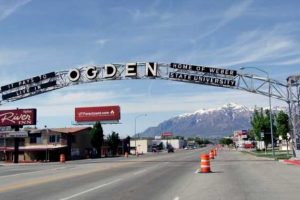 The real estate explosion in American has driven the prices in many housing markets to all-time highs. Inventories have become so tight in some housing markets that there are bidding wars for individual homes. The activity has been driven by a small number of factors. The first is that mortgage rates remain near historic lows. Another is that working from home has caused people to move from America’s large coastal cities to places with lower costs of living and better lifestyles. Finally, incomes for middle and high-income Americans have grown, despite the early economic effects of the pandemic.

Realtor.com looked at the markets where homes sold the fastest in April based on the median number of days a home was on the market. The national figure was 42 days during the month. One of Realtor.com’s experts had advice based on this pace. George Ratiu, senior economist at Realtor.com said:

“For buyers looking for a home in today’s fast-moving housing markets, it’s important to be prepared to move quickly. Having financing lined up, knowing the neighborhood, and sticking to their budget’s upper limit would help to make a stressful experience more manageable.”

Realtor.com found the cities where homes sold the fastest were those where many people from the West Coast have decided to relocate. The universe for the study was the nation’s 250 largest cities.

Ogden, UT topped the list with the median number of days a home was on the market at a remarkably low eight days in April.  The median listing price for a home was high by national standards at $489,950. Other destinations for West Coast residents on the list included Reno and Colorado Springs.

While there is no proof of a relationship between demand for homes and low unemployment, Ogden does have one of the lowest jobless rates in the country based on Bureau of Labor Statistics data. The unemployment in the metro area in May was an extraordinarily low 2.6%, one of the lowest in the nation.