Home » Business » This Is the Fastest-Selling Car in America

This Is the Fastest-Selling Car in America 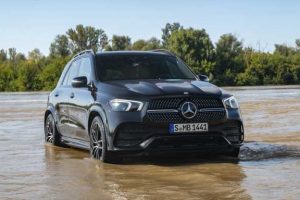 The market to buy a car could not be tighter. The supply of new and used cars in the United States is extremely low. At the same time, pent-up demand from the COVID-19 pandemic periods when dealers were not open has substantially driven up the number of people who want new cars.

A shortage of the semiconductors used in car electronic and navigation systems gets much of the blame for the scarcity of cars. This chip shortage could last well into next year. The problem has squeezed profits at dealers. Automakers have had to shutter assembly lines, which has undercut their revenues and profits as well.

One of the most frequently used yardsticks for car demand is “days to sell,” which is the period from when a dealer gets a car from the manufacturer until it is sold. The average figure for a new car in November was 42.8 days, according to an analysis of 200,000 new and used car sales by iSeeCars. In a normal year, that number is closer to 60 days.

iSeeCars Executive Analyst Karl Brauer commented on the data: “The average price for the fastest-selling new cars increased by 21 percent from October to November, which may have affected demand for new cars, as evidenced by the slower average time-to-sell.”

The vehicle with the lowest days to sell figure in November was the Mercedes-Benz GLE at 12.7 days. The midsized sport utility vehicle is part of a Mercedes lineup of nine SUVs. It is in the middle of the price range for these, with a base price of $55,700. That price can rise to over $75,000 with a set of expensive options.

The two other cars with days to sell of less than 15 were the GMC Sierra 1500 Limited and the BMW X4. These are the 20 fastest-selling cars in America:

Click here to see which is the slowest-selling car in America.