Home » Business » This Is The World’s Best Restaurant

This Is The World’s Best Restaurant 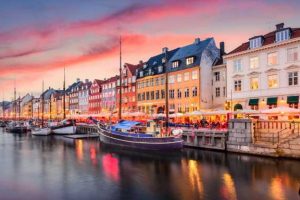 Rating restaurants is a business and a fairly large one. Newspapers like The New York Times, employ full-time food critics. Magazines like Food & Wine publish lists every year. Among the most highly regarded ratings is the Michelin Guide which covers restaurants all over the world. Oddly enough, it was created by the tire company of the same name. Establishments that get three stars are considered the greatest in the world.

The restaurant rating business is changing. Today, some are based on large polls like one from retailer rating company Yelp. Reviewers who have spent years evaluating restaurants and food often believe that this debases the process.

One a year, review sites 50 Best releases its list of the world’s top restaurants. The methodology involves a poll of 1,040 “independent” experts. It is not, unfortunately, clear how these people are picked. There is a 50/50 gender balance according to publishers William Reed Business Media. Critics are asked to cast 10 votes for restaurants they believe are the best ones based on their last 18 months of dining. Restaurants cannot apply to be on the list. Voting is also done by region.

Because of the effects of COVID-19, the approach was changed slightly:

The 2021 list was therefore created from a combination of wider pre-pandemic experiences and, where possible, contemporary local updates, spanning the period from July 2019 through to March 2021

The methodology seems as good as any other and better than most.

It is then probable that a Michelin three-star restaurant would top the list. The winner on The World’s 50 Best Restaurants list was Noma in Copenhagen which topped the four previous lists. The current restaurant opened in February 2018. Previously, it was in a different location. It has a “tasting only” menu.

The U.S. does poorly. Its top spot on the list is in 22nd place, represented by Cosme in New York City. There are not any other American establishments in the top 25.

Click here to read The World’s 20 Most Expensive Restaurants