Home » Business » Towns Where the Aggravated Assault Rate Is Falling

Towns Where the Aggravated Assault Rate Is Falling 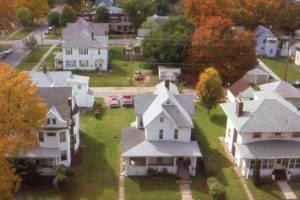 The aggravated assault rate in the United States is at its highest level since 2007. According to the FBI, about 921,500 cases of violent assault were reported nationwide in 2020, up 12% from the previous year.

The FBI defines aggravated assault as an unlawful physical attack with the purpose of causing severe injury or harm. Aggravated assaults are often carried out using a deadly weapon, such as a knife, handgun, or blunt object. Most cases of aggravated assault are committed in private residences, though a large share also take place on public streets or sidewalks.

While cases of assault are surging across the country, some U.S. towns are bucking the national trend, reporting substantial year-over-year declines in cases of aggravated assault per capita.

Aggravated assault – along with rаpe, robbery, and homicide – is one component of the overall violent crime category, and is by far the most common. Assaults accounted for about 70% of the 1.3 million violent offenses reported in 2020. Partially due to a falling aggravated assault rate, the overall violent crime rate also declined in every town on this list in 2020. Here is a look at the metro areas where crime is falling fastest.

The majority of towns on this list are in the South, including six in South Carolina alone. Despite reporting declining assault rates, the aggravated assault remains higher than the national rate of 280 per 100,000 people in nearly half of the towns on this list. However, in 2019, each of these towns had a higher than average assault rate. Here is a look at the U.S. cities with the fewest assaults.