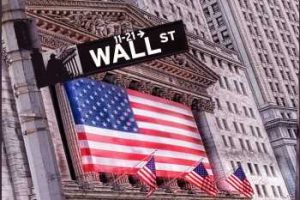 After moving notably higher early in the session, stocks have seen further upside over the course of the trading day on Friday. With the advance, the major averages are extending the strong upward move seen over the two previous sessions.

Stocks continue to benefit from bargain hunting, as the major averages extend the recovery from their worst levels in over a month.

Traders seem to be coming to terms with the likelihood of another 75 basis point interest rate hike by the Federal Reserve later this month.

Worries about the impact of the Fed’s aggressive interest rate hike strategy may continue to lead to some trepidation, but many feel higher rates have been priced into the markets following recent weakness.

“Wall Street is finishing the week on a positive note as the dollar’s rally has run out of steam as optimism grows for inflation to continue to come down,” said Edward Moya, senior market analyst at OANDA.

He added, “Economists are slightly lowering their inflation forecasts and that could mean the Fed won’t have to take rates above 4%.”

Reports on consumer and producer price inflation are likely to be in focus next week, as the data could impact expectations regarding future rate hikes.

The rally by oil service stocks comes amid a sharp increase by the price of crude oil, with crude for October delivery jumping $3.01 to $86.55 a barrel.

Computer hardware and semiconductor stocks are also seeing considerable strength, contributing to the notable advance by the tech-heavy Nasdaq.

Gold, brokerage and transportation stocks are also turning in strong performances on the day, moving higher along with most of the other major sectors.

The major European markets also showed strong moves to the upside on the day. While the U.K.’s FTSE 100 Index jumped by 1.2 percent, the French CAC 40 Index and the German DAX Index both surged by 1.4 percent.

In the bond market, treasuries have shown a lack of direction over the course of the session. As a result, the yield on the benchmark ten-year note, which moves opposite of its price, is up by less than a basis point at 3.298 percent.