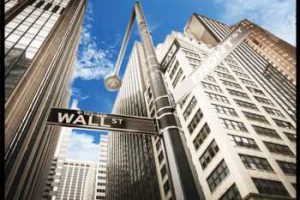 After closing mixed for two straight sessions, stocks may move to the upside in early trading on Thursday. The major index futures are currently pointing to a modestly higher open for the markets, with the Dow futures up by 55 points.

The markets may benefit from recent upward momentum, which has helped lift the Dow and the S&P 500 new record highs amid easing concerns about the Omicron variant of the coronavirus.

So-called “window dressing” may also contribute to some strength on Wall Street, as institutional investors look to boost the value of their portfolios going into the end of the year.

Trading activity may remain somewhat subdued, however, as some traders may look to get a head start on New Year’s festivities.

The slight pullback surprised economists, who had expected jobless claims to inch up to 208,000 from the 205,000 originally reported for the previous week.

Just after the start of trading, MNI Indicators is scheduled to release its report on Chicago-area business activity in the month of December.

The Chicago business barometer is expected to inch up to 62.0 in December from 61.8 in November, with a reading above 50 indicating growth.

After ending Tuesday’s trading on opposite sides of the unchanged line, the major U.S. stock indexes turned in another mixed performance during trading on Wednesday. Despite the choppy trading, the Dow and the S&P 500 reached new record closing highs.

In overseas trading, stock markets across the Asia-Pacific region turned in another mixed performance during trading on Thursday. Japan’s Nikkei 225 Index fell by 0.4 percent, while China’s Shanghai Composite Index rose by 0.6 percent.

Meanwhile, the major European markets have moved modestly higher on the day. While the U.K.’s FTSE 100 Index is just above the unchanged line, the German DAX Index is up by 0.2 percent and the French CAC 40 Index is up by 0.3 percent.