U.S. Stocks May See Initial Strength Ahead Of Fed Minutes 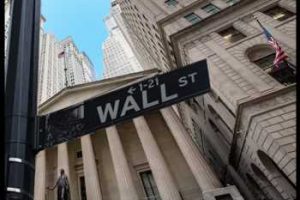 After ending the previous session mixed, the major U.S. stock indexes may move to the upside in early trading on Wednesday. The major index futures are currently pointing to a higher open, with the S&P 500 futures up by 5.25 points.

The Nasdaq 100 futures are even more firmly positive after the tech-heavy index ended Tuesday’s trading at a new record closing high.

Optimism about the economic outlook may generate some early buying interest, although traders may be reluctant to make significant moves ahead of the release of the minutes of the Federal Reserve’s latest monetary policy meeting.

The minutes of the Fed’s mid-June meeting may shed additional light on the outlook for the central bank’s asset purchase program.

Economic projections provided following the conclusion of the meeting pointed to an increase in interest rates in 2023.

The latest projections from Fed officials suggest interest rates will be increased to 0.6 percent in 2023 compared to previous projections indicating rates would remain at near-zero levels. Seven officials expect a rate hike as soon as 2022.

Meanwhile, the Fed said it plans to continue its bond purchases at a rate of at least $120 billion per month until “substantial further progress” has been made toward its goals of maximum employment and price stability.

In his post-meeting press conference, Fed Chair Jerome Powell said reaching the standard of “substantial further progress” is still “a ways off” and stressed the central bank would provide “advance notice” before making any changes to its asset purchases.

Following the strong upward move seen last week, the major U.S. stock indexes turned in a mixed performance during trading on Tuesday. While the tech-heavy Nasdaq reached a new record closing high, the Dow and the S&P 500 gave back ground.

In overseas trading, stock markets across the Asia-Pacific region turned in another mixed performance on Wednesday. Japan’s Nikkei 225 Index slumped by 1 percent, while China’s Shanghai Composite Index advanced by 0.7 percent.

Meanwhile, European stocks have moved mostly higher on the day. The German DAX Index is up by 0.9 percent and the U.K.’s FTSE 100 Index is up by 0.2 percent, although the French CAC 40 Index has bucked the uptrend and edged down by 0.1 percent.