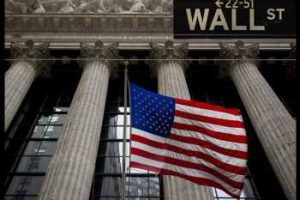 After pointing to a lower open earlier this morning, the U.S. stock futures have turned positive following the release of upbeat jobs data. The futures are currently pointing to a modestly higher open for the markets, with the S&P 500 futures up by 0.2 percent.

Early buying interest may be generated in reaction to a closely watched report from the Labor Department showing stronger than expected job growth in the month of April.

Economists had expected employment to climb by 391,000 jobs compared to the addition of 431,000 jobs originally reported for the previous month.

Meanwhile, the Labor Department said the unemployment rate came in unchanged at 3.6 percent versus expectations the rate would edge down to 3.5 percent.

The bigger than expected increase in employment may still generate optimism the economy will be able to withstand the series of interest rate hikes planned by the Federal Reserve.

Some traders may also look to pick up stocks at reduced levels following the sharp pullback seen in the previous session.

Following the rally seen going into the close of Wednesday’s trading, stocks showed a substantial move back to the downside on Thursday. The major averages more than offset Wednesday’s gains, with the tech-heavy Nasdaq plunging to its lowest closing level in well over a year.

The major European markets have also moved to the downside on the day. While the German DAX Index is down by 1.2 percent, the U.K.’s FTSE 100 Index and the French CAC 40 Index are both down by 0.9 percent.