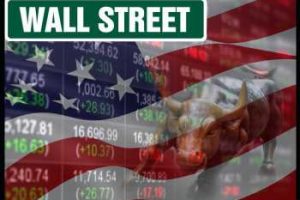 Stocks have moved sharply lower during trading on Monday, extending the drop seen last week. With the downward move on the day, the Dow and the S&P 500 have fallen to their lowest intraday levels in about two months.

The weakness on Wall Street comes as traders look ahead to the Federal Reserve’s highly anticipated monetary policy announcement on Wednesday.

The Fed is widely expected to leave monetary policy unchanged but could address the outlook for its asset purchase program.

The minutes of the Fed’s last meeting signaled the central bank was prepared to begin scaling back asset purchases by the end of the year.

With some recent disappointing economic data suggesting the Fed could push back its plans, traders are likely to pay close attention to the wording of the post-meeting statement.

Steel stocks have shown a substantial move to the downside on the day, with the NYSE Arca Steel Index plunging by 4.8 percent to its lowest intraday level in almost six months.

Considerable weakness is also visible among oil service stocks, as reflected by the 3.9 percent slump by the Philadelphia Oil Service Index. The sell-off in the oil service sector comes amid a steep drop by the price of crude oil.

Financial, semiconductor and housing stocks are also seeing significant weakness, moving lower along with most of the other major sectors.

The major European markets have also shown significant moves to the downside on the day. While the U.K.’s FTSE 100 Index has slumped by 1 percent, the French CAC 40 Index and the German DAX Index are down by 1.7 percent and 2.5 percent, respectively.

In the bond market, treasuries have moved higher following the sharp pullback seen over the three previous sessions. As a result, the yield on the benchmark ten-year note, which moves opposite of its price, is down by 4.2 basis points at 1.328 percent.