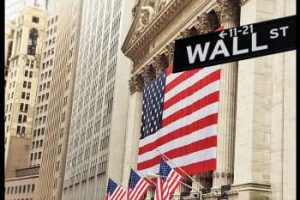 Stocks continue to turn in a strong performance in afternoon trading on Thursday, with the major averages extending the rally seen over the two previous sessions. With the continued upward move, the S&P 500 is on pace to end the session at a new record closing high.

Easing concerns about the Omicron variant of the coronavirus are contributing to the continued strength on Wall Street, as separate studies have indicated the new strain poses a lower risk of severe disease and hospitalization than the Delta variant.

However, experts such as the World Health Organization have cautioned that it is too early to draw conclusions on the new variant’s severity.

Traders are also reacting to a slew of U.S. economic data, including reports on weekly jobless claims, durable goods orders and personal income and spending.

The Labor Department released a report before the start of trading showing first-time claims for U.S. unemployment benefits came in flat in the week ended December 18th.

A separate report released by the Commerce Department showed new orders for U.S. manufactured durable goods spiked much more than expected in the month of November.

The Commerce Department said durable goods orders surged up by 2.5 percent in November following a revised 0.1 percent uptick in October.

Economists expected durable goods orders to jump by 1.6 percent compared to the 0.4 percent drop that had been reported for the previous month.

Excluding a sharp increase in orders for transportation equipment, durable goods orders climbed by 0.8 percent in November after rising by 0.3 percent in October. Ex-transportation orders were expected to increase by 0.6 percent.

Meanwhile, the Commerce Department also released a report showing a continued acceleration in the pace of core consumer price growth.

A reading on inflation said to be preferred by the Federal Reserve showed the annual rate of core consumer price growth accelerated to 4.7 percent in November from 4.2 percent in October.

The annual rate of core consumer price growth exceeded the 4.5 percent expected by economists, reaching the highest level since 1989.

The data was included as part of a report showing personal income and spending both increased in line with economist estimates in November.

Another Commerce Department report showed new home sales skyrocketed in the month of November, although the sharp increase came from a substantially downwardly revised level in October.

Tobacco stocks have skyrocketed over the course of the session, driving the NYSE Arca Tobacco Index up by 4.6 percent to its best intraday level in a month.

Considerable strength also remains visible among transportation stocks, as reflected by the 1.4 percent gain being posted by the Dow Jones Transportation Average.

Networking stocks also continue to turn in a strong performance on the day, with the NYSE Arca Networking Index climbing by 1.3 percent to a new record intraday high.

Semiconductor, computer hardware and chemical stocks are also seeing notable strength, moving higher along with most of the other major sectors.

The major European markets also moved to the upside on the day. While the German DAX Index jumped by 1 percent, the French CAC 40 Index climbed by 0.8 percent and the U.K.’s FTSE 100 Index increased by 0.4 percent.

In the bond market, treasuries have moved lower following the slew of U.S. economic data. As a result, the yield on the benchmark ten-year note, which moves opposite of its price, is up by 3.6 basis points at 1.493 percent.