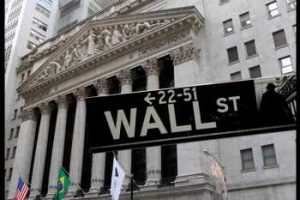 Stocks are seeing modest strength in morning trading on Friday, with the major averages all moving higher after ending the previous session mixed. Buying interest has remained somewhat subdued, however, limiting the upside for the markets.

The modest strength on Wall Street comes as the concerns about inflation raised by the Labor Department’s consumer price report seem to have been short-lived.

While the report showed consumer prices rose at their fastest annual rate in over thirty years in October, analysts have suggested the current wave of price spikes due to chronic worldwide supply constraints will not last long.

After ending Thursday’s trading lower amid a steep drop by Disney (DIS), the Dow is also benefiting from an advance by shares of Johnson & Johnson (JNJ).

J&J is up by 1.4 percent after the healthcare giant announced plans to separate its consumer health business from its pharmaceutical and medical device operations.

However, early buying interest on Wall Street was partly offset by a report from the University of Michigan showing an unexpected deterioration in U.S. consumer sentiment in the month of November.

The preliminary report said the consumer sentiment index slid to 66.8 in November from a final reading of 71.7 in October. The decrease surprised economists, who had expected the index to inch up to 72.4.

With the unexpected drop, the consumer sentiment index fell to its lowest level since hitting 63.7 in November of 2011.

Surveys of Consumers chief economist Richard Curtin said the deterioration in consumer sentiment was due to “an escalating inflation rate and the growing belief among consumers that no effective policies have yet been developed to reduce the damage from surging inflation.”

Despite the uptick by the broader markets, most of the major sectors are showing only modest moves in morning trading.

Tobacco stocks have shown a significant move to the upside, however, with the NYSE Arca Tobacco Index climbing by 1.7 percent.

Notable strength has also emerged among gold stocks, as reflected by the 1.3 percent gain being posted by the NYSE Arca Gold Bugs Index. The index has reached its best intraday level in over three months.

The continued strength among gold stocks comes even though the price of gold for December delivery is edging down $0.40 to $1,863.50 an ounce.

Housing stocks are also seeing some strength on the day, while banking and oil service stocks have moved to the downside.

Meanwhile, the major European markets are turning in a mixed performance on the day. While the U.K.’s FTSE 100 Index is down by 0.4 percent, the German DAX Index is just above the unchanged line and the French CAC 40 Index is up by 0.4 percent.

In the bond market, treasuries have moved modestly higher in reaction to the consumer sentiment data. As a result, the yield on the benchmark ten-year note, which moves opposite of its price, is down by 1.1 basis points at 1.549 percent.