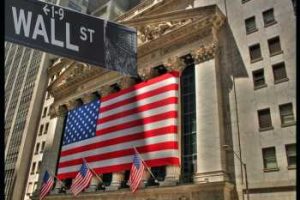 After moving notably higher over the past several sessions, stocks have seen substantial volatility over the course of morning trading on Thursday. The major averages have shown wild swings back and forth across the unchanged line.

The report also showed the annual rate of consumer price growth slowed to 6.5 percent in December from 7.1 percent in November, in line with expectations. The annual growth was the slowest since October 2021.

The annual rate of core price growth slowed to 5.7 percent in December from 6.0 percent in November. The year-over-year growth was also in line with expectations.

While the slower price growth is encouraging, traders may feel the slowdown was priced into the markets with the upward trend seen in recent sessions.

“But the Fed isn’t going to stop raising interest rates until it sees accompanying evidence of an easing in labor market conditions and wage growth,” he added. “It will be a couple more months before that evidence is also irrefutable.”

The dip surprised economists, who had expected jobless claims to rise to 215,000 from the 204,000 originally reported for the previous week.

With the modest decrease, initial jobless claims fell to their lowest level since hitting 190,000 in the week ended September 24th.

Energy stocks are seeing considerable strength on the day, benefiting from a continued increase by the price of crude oil.

Significant strength is also visible among airline stocks, as reflected by the 1.7 percent gain being posted by the NYSE Arca Airline Index.

On the other hand, computer hardware stocks have come under pressure, dragging the NYSE Arca Computer Hardware Index down by 2.6 percent.

A steep drop by Logitech (LOGI) is weighing on the sector, with the software and computer peripherals maker plummeting by 16.3 percent after cutting its sales outlook.

In overseas trading, most stock markets across the Asia-Pacific region moved modestly higher during trading on Thursday. Japan’s Nikkei 225 Index closed just above the unchanged line, while China’s Shanghai Composite Index inched up by 0.1 percent.

The major European markets have also moved to the upside on the day. While the German DAX Index is up by 0.6 percent, the French CAC 40 Index and the U.K.’s FTSE 100 Index are both up by 0.8 percent.

In the bond market, treasuries have seen considerable volatility over the course of the morning. Currently, the yield on the benchmark ten-year note, which moves opposite of its price, is down by 3.1 basis points at 3.523 percent.