U.S. Stocks Showing Substantial Move Back To The Upside 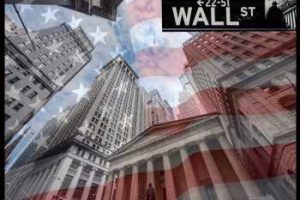 Stocks have moved sharply higher during trading on Tuesday, regaining ground following the steep drop seen in the previous session. The major averages have all shown strong moves to the upside on the day.

The rally on Wall Street comes as traders look to pick up stocks at reduced levels following the sell-off seen on Monday.

The tech-heavy Nasdaq ended yesterday’s session at its lowest closing level in over three months, while the S&P 500 dropped to a more than two-month closing low.

Concerns about inflation and the Federal Reserve tapering its asset purchases weighed on the markets along with an increase in treasury yields.

Adding to the positive sentiment, the Institute for Supply Management released a report showing activity in the U.S. service sector unexpectedly grew at a slightly faster pace in the month of September.

The ISM said its services PMI inched up to 61.9 in September from 61.7 in August, with a reading above 50 indicating growth in the service sector. Economists had expected the index to edge down to 60.0.

“The slight uptick in the rate of expansion in the month of September continued the current period of strong growth for the services sector,” said Anthony Nieves, Chair of the ISM Services Business Survey Committee.

He added, “However, ongoing challenges with labor resources, logistics, and materials are affecting the continuity of supply.”

A separate report released by the Commerce Department showed the U.S. trade deficit widened by much more than expected in the month of August.

Energy stocks are turning in some of the market’s best performances on the day, benefiting from a continued increase by the price of crude oil. Crude for November delivery is jumping $1.53 to $79.15 a barrel.

Considerable strength is also visible among financial stocks, with the NYSE Arca Broker/Dealer Index and the KBW Bank Index up by 2.2 percent and 2 percent, respectively.

Transportation, software and retail stocks are also seeing significant strength on the day, while gold stocks are bucking the uptrend amid a decrease by the price of the precious metal.

Meanwhile, the major European markets have moved to the upside on the day. While the French CAC 40 Index has surged up by 1.4 percent, the U.K.’s FTSE 100 Index is up by 0.9 percent and the German DAX Index is up by 0.8 percent.

In the bond market, treasuries have moved notably lower over the course of the session. Subsequently, the yield on the benchmark ten-year note, which moves opposite of its price, is up by 5.2 basis points at 1.533 percent.