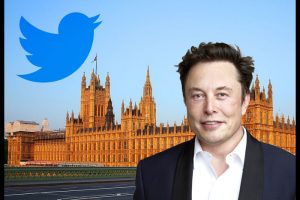 The UK Parliament has invited Tesla CEO Elon Musk to testify in the U.K. Parliament about his deal to purchase social media platform Twitter for a sum of $44 billion.
Julian Knight, who chairs the parliamentary committee on digital, culture, media and sport, sent Musk a letter requesting that he appear before lawmakers to discuss the proposal “in more depth.”

In a statement issued on Wednesday, Knight said, “At a time when social media companies face the prospect of tighter regulations around the world, we’re keen to learn more about how Musk will balance his clear commitment to free speech with new obligations to protect Twitter’s users from online harms.”

A Tesla representative was not immediately available for comment on the developments.
Musk’s plan to buy Twitter has worried policymakers across the world due to concerns that the world’s richest man would relax restrictions on what users can say or post on the social media platform.

In the UK, the government plans to pass new laws, which would impose a duty of care on online platforms to tackle harmful and illegal content.

Known as the Online Safety Bill, the legislation would allow the media watchdog Ofcom to levy fines of up to 10 percent of a company’s worldwide annual revenue for violations. Tech executives could also be jailed for repeated failure to cooperate with regulators.

The European Union’s incoming Digital Services Act, meanwhile, would force Big Tech platforms to remove illegal content and products from their services in a faster manner. Last week, EU officials had warned Musk that he would have to follow the rules if he is to take over Twitter.

This is not the first time a billionaire tech boss has been asked to appear before the UK Parliament. In 2018, lawmakers summoned Facebook CEO Mark Zuckerberg to attend a hearing on disinformation and the Cambridge Analytica data privacy scandal, a request which he politely declined.