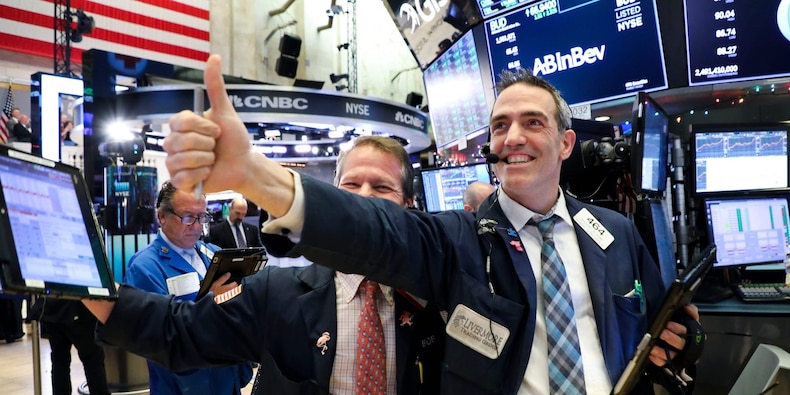 US stocks surged to record highs on Monday as investors cheered Friday’s strong jobs report. The stock market was closed on Friday in observance of Good Friday.

The US added 916,000 jobs in March, beating the projected gains of 660,000 as the US economy begins to fully reopen. COVID-19 vaccinations have surged in recent days, with the US recording multiple days of more than 4 million doses administered.

The S&P 500 and Dow Jones Industrial Average touched record highs shortly after the opening bell, while the Nasdaq 100 continues to recover from its February decline of more than 10%.

Tesla soared 7% on Monday following its better than expected first-quarter deliveries of 185,000 vehicles. The strong quarterly sales led Wedbush to upgrade the company and increase its price target to $1,000, representing potential upside of 51% from Thursday’s close.

GameStop declined by as much as 18% after announcing plans to sell up to $1 billion worth of shares to fund its e-commerce growth initiatives.

Palantir jumped higher on Monday by about 3% after it secured a five-year contract with the National Nuclear Security Administration, a US federal agency that is tasked with safeguarding national security through the military application of nuclear science.