Valuation of top IT firms way above earnings growth trend 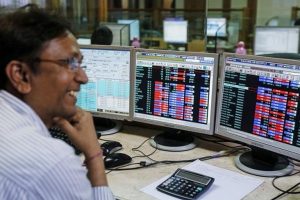 India’s top IT companies have shown a hiatus between their performance on the bourses in the pandemic period and earnings growth.

The combined market cap of the top five IT companies — Tata Consultancy Services, Infosys, Wipro, HCL Technologies, and Tech Mahindra — is up 87 per cent since the end of March 2020.

In comparison, the benchmark BSE Sensex is up 68 per cent during the period.

So the industry beat the broader market by a big margin in the last one year.

In contrast to this, top IT companies were a laggard in terms of earnings growth in FY21.

The top five IT companies now have a combined market capitalisation of Rs 23.2 trillion, up from Rs 12.42 trillion at the end of FY20.

These big five IT companies account for nearly 90 per cent of the combined market capitalisation of all listed companies in the sector.

The year 2020-21 was the best year for IT companies on the bourses since FY10, when industry market capitalisation had rallied by 150 per cent in 12 months.

The sharp rally in IT stocks in the pandemic period, however, has not been accompanied by a corresponding surge in company’s earnings or revenue growth FY21.

The IT services sector didn’t suffer a big loss in business in FY21 like manufacturing companies but they managed single-digit growth in revenue and profits last financial year despite a low base as well as cost savings.

As a result, there is now a big gap between IT companies’ financial performance and their record valuations on the bourses.

The top five IT companies are now trading at nearly 30 times their net profit in FY21, up from 17x at the end of March last year.

The historical data suggests that the industry’s current valuation is at its highest level in the last 15 years and nearly 50 per cent higher than the historical average valuation ratio of around 20x.

The companies’ combined net sales grew in low single digits and were up by just 5.6 per cent last financial year against 8.7 per cent growth reported in FY20.

This was ahead of revenue growth reported by the rest of India Inc.

The combined net sales of non-IT companies were down 3.1 per cent during FY21.

The IT industry’s earnings growth in FY21 was the third- worst in the past 15-years while revenue growth was the second-worst historically.

This raises a question mark over the rally in the IT space.

“Top line growth in the IT industry has been declining for years and it’s now in low single digits.

Others however justify the rally on the “bullish” commentary by the respective managements regarding expected revenue growth in FY22.

“Most top IT companies have indicated much faster revenue and earnings growth in FY22.

“This provides support to the current valuation in the sector,” said Dhannajay Sinha, director institutional equity at Systematix Group.

The companies face a challenge from an expected year-on-year rise in their operating and overhead cost in FY22 after big savings in FY21.

The combined non-employee operating cost of the big five was down 7.9 per cent YoY in FY22, thanks to savings on cost heads like executive travel, staff commute, and office catering due to the lockdown and work from home.