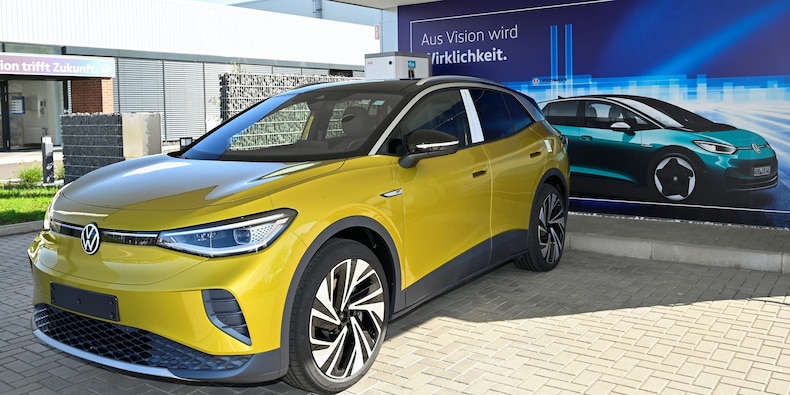 Shares of Volkswagen surged 17% on Tuesday after the German car maker revealed plans aimed at dethroning Tesla as the world's biggest manufacturer of electric cars by boosting key production capacities.

During its "Power Day" on Monday, the company presented its strategy to expand battery production in Europe, as well as massive plans to make investments in charging infrastructure. During the live stream in front of investors, executives said Volkswagen intends to build six battery production plants in Europe by 2030.

By improving its cell design, production processes, and materials, the company sees the possibility of decreasing battery costs by up to 50%.

"E-mobility has become core business for us," Volkswagen Group CEO Herbert Diess said in a statement. "We are now systematically integrating additional stages in the value chain. We secure a long-term pole position in the race for the best battery and best customer experience in the age of zero-emission mobility."