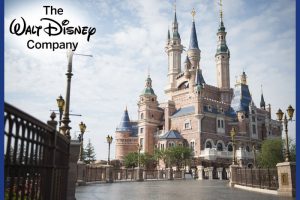 Shares of Walt Disney Co. (DIS) slipped nearly 5% in extended trading on Wednesday after the entertainment and media conglomerate reported a fourth-quarter earnings that missed Wall Street estimates, as streaming growth slows down.

Adjusted earnings for the quarter were $0.37 per share, compared to a loss of $0.20 per share last year. On average, 24 analysts polled by Thomson Reuters estimated an earnings of $0.44 per share.

CEO Bob Chapek said, “As we celebrate the two-year anniversary of Disney+, we’re extremely pleased with the success of our streaming business, with 179 million total subscriptions across our DTC portfolio at the end of fiscal 2021 and 60% subscriber growth year-over-year for Disney+.”

Direct-to-Consumer revenues, which includes Hulu, ESPN+ and Disney+ services, increased 38% to $4.56 billion. However, operating loss increased from $0.4 billion to $0.6 billion, due to higher losses at Disney+, and to a lesser extent, ESPN+, partially offset by improved results at Hulu.