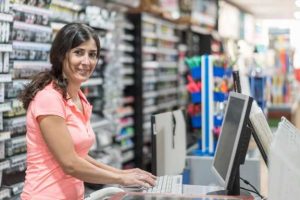 Outplacement firm Challenger, Gray & Christmas on Thursday reported that U.S. firms announced 22,913 job cuts in April, a drop of nearly 97% compared to cuts announced in March 2020. The total fell by 25% month over month, following a drop of 86% in March, and is the lowest monthly total since June of 2000.

March of last year marked the beginning of the massive job cuts related to the COVID-19 pandemic. A total of 222,288 job cuts were announced that month, followed by 671,129 cuts announced in April, pushing the four-month total to 1.02 million cuts.

Andrew Challenger, vice president of the outplacement firm, noted, “The good news is that employers are no longer undergoing massive cuts, consumers are beginning to feel safe traveling and spending, and the number of job openings is edging higher. The bad news is we’re experiencing a labor shortage despite the millions of Americans still out of work.”

Andrew Challenger commented, “The ongoing impact of increased vaccinations and the American Rescue Plan will be reflected in April job numbers, with a likely decline in both the unemployment rate and weekly initial jobless claims and an increase in job openings.”

Wednesday morning, ADP reported that private-sector payrolls increased month over month in April by 742,000, short of the consensus expectation for a gain of 800,000. The weekly report on new claims for unemployment benefits released Thursday morning reported 498,000 new claims were filed in the week ending May 1, well short of the consensus estimate of 533,000. The monthly employment situation is due Friday morning, and analysts expect nonfarm payrolls to rise by 938,000 month over month and the unemployment rate for April to drop from 6.0% to 5.8%.