Home » Business » What is a recession?

What is a recession? 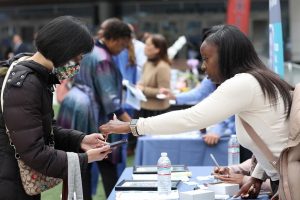 Lakshman Achuthan and Anirvan Banerji are co-founders of the Economic Cycle Research Institute (ECRI), which determines recession dates for 22 economies around the world. The opinions expressed in this commentary are their own.

A couple of months ago, when the consensus outlook for the economy was fairly sanguine, we warned that the economy was “close to entering a recession,” but that there was still time to make hay in the jobs market.

But now that a recession is clearly looming, the window of opportunity for job seekers is slowly starting to close.

With gross domestic product data showing the key measure of economic output falling again in Q2 2022 after declining in Q1 2022, many will likely conclude that we’re in a recession. In fact, over the past 75 years or so, there’s been a US recession every time GDP has fallen for two consecutive quarters, according to our own analysis.

Official recession recognition will have to await a wider variety of data releases, however, because a recession is a vicious cycle of declining employment, income, output and sales that then feed back into a further drop in employment, etc. In addition, the GDP number often goes through several revisions as the Commerce Department refines its calculations and new data becomes available.
While it’s premature to officially date the onset of recession, we believe one will take hold, which will begin to undermine hiring. Indeed, if employers believe we’re in recession, they’ll start to cut back on hiring. We’re seeing some anecdotal signs of this caution already as tech companies announce layoffs and jobless claims rise.

It makes sense, therefore, for job seekers to try finding jobs with companies that are less vulnerable to the economy’s troubles. So, where exactly should people look?

Thinking big picture, this means focusing on firms whose products or services people need day in and day out, even during recession. This includes health care jobs like those in hospitals, nursing homes and doctors’ offices. Utilities and legal services are insulated from recessionary forces for similar reasons, as is education.
But within these broad categories, job hunters should be discerning. The key is to avoid employers that offer products and services that cautious customers might elect to forgo or postpone.
For example, while the health care sector is generally a safe harbor during recessionary storms, elective cosmetic surgery providers aren’t immune to recession as clients might decide to postpone procedures and other services. Another example is legal services, which is mostly recession-resistant. But law firms that work on mergers and acquisitions will definitely see business fall off during recessionary bear markets.
For the most part, food and beverage businesses are recession-resistant because people must eat and drink. But even upper-income households, looking at stock price volatility and falling home prices, may opt to eat at home more often, meaning that expensive eateries might cut back on staff, or even close. 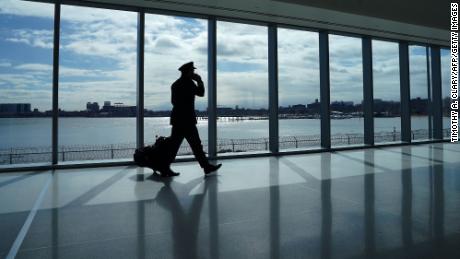 Again, the general rule is that businesses that depend on so-called discretionary spending are in danger during economic downturns. The packed airports this summer might make this hard to believe, but jobs related to air travel, such as those in flight services and travel agencies, are at significant risk going forward. So are jobs in amusement parks, gambling, entertainment and tourism, where consumers can opt to cut back on their spending.
Construction work is notorious for its boom-bust cycles. And it’s not just those working for homebuilders and realtors that suffer during housing downturns. So too, do workers in furniture and lighting, as well as household appliance and consumer electronics industries.

Particularly susceptible to recessionary downdrafts are manufacturing jobs, especially those with capital goods manufacturers, like industrial and heavy machinery producers, as well as jobs with suppliers that are forced to bear the brunt of demand shifts at the consumer level. Especially vulnerable are auto and auto parts makers, along with makers of communication equipment like modems and switches, and electronic components like displays and integrated circuits, including very early inputs like semiconductor chips.
With a recession looming but jobs still plentiful, if you aren’t happy with your job or work in an industry that’s vulnerable to recessionary job losses, the time to start looking for a more secure perch is now. Strike while the job market is hot, rather than after things have gone cold.
Source: Read Full Article