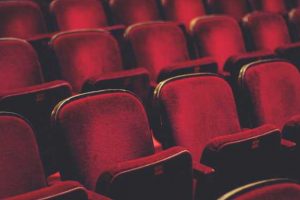 The reopening trade is underway and many of the stocks that were beaten up over the course of the pandemic are making their recoveries. Companies in the retail and service industries are seeing more pronounced recoveries. However, the movie theatre chain, IMAX Corp. (NASDAQ: IMAX), may be facing a more difficult road to recovery as the stock slid on Wednesday after it received a downgrade from one key analyst.

Goldman Sachs downgraded it to a Sell rating from Neutral and lowered the price target to $18.60, implying downside of 16% from the most recent closing price of $22.27.

Overall, Goldman Sachs sees limited upside to the stock relative to the rest of its coverage universe and expects the domestic box office recovery to be more limited than what is currently being priced in. Relative to the rest of the coverage universe (Internet, Video Games, Toys), where the investment house has 11% upside to its price targets on average, Goldman Sachs has 15% downside on average for its theatre coverage.

As part of its analysis, Goldman Sachs is adjusting its 2021/22 domestic box office forecasts to $5.4 billion and $8.2 billion, versus $5.2 billion and $9.1 billion, respectively based on a bottom-up analysis. This is consistent with AMC’s box office expectations of over $5 billion in 2021 and over $8 billion in 2022. Although Goldman Sachs expects IMAX’s global box office to outperform the industry, given its focus on tentpole films that are less of a risk of going direct to consumer and gain share of the box office, the firm expects greater volatility in IMAX’s pace of installations (particularly relative to 2019 levels) given greater uncertainty in the global box office.

Separately, there has a secular decline in movie-going, attendance declines have happened at a very slow pace, declining at a 1.4% compound annual growth rate (CAGR) from the 2002 attendance peak to 2019. In fact, the box office has grown at a 1.3% CAGR over that same time period as increased ticket prices more than offset attendance declines. That said, Goldman Sachs believes that the closure of theatres during the pandemic may have accelerated the secular decline in attendance, hamstringing the box office recovery back to pre-pandemic levels.

First, Americans increased their spending on home video entertainment options during 2020, with the growth entirely driven by subscription (not transactional). US home video entertainment spending of $30 bn increased 21% yoy in 2020 (accelerating v. 6% yoy in 2019) as subscription spending growth of $21 bn (+35% yoy) more than offset a 2% decline in transactional spending to $9 bn. Notably, these figures don’t include PVOD. We expect subscription (e.g., SVOD) spending to be more durable post-pandemic. Second, older consumers were among the most impacted by the pandemic, and they also adopted streaming services at a greater rate in 2020 than other age demos. Third, the increased availability of high-quality original content, especially in television/streaming services, continue to increase competition to movie-going. For instance, there were 537 US produced original services for online video series in 2020, which increased by 41% from 381 in 2019.

The last point that Goldman Sachs makes is that film studios are increasingly leaning on home video and home video windows are declining. The theatrical window has been steadily compressing from over four months a decade ago to 2.7 months in 2019. In 2022, most agreements between exhibitors and studios will reduce the window further to 45 days (with an even shorter 17 to30 day for select films), according to press reports. Film studios will deploy a variety of distribution strategies post theatrical run, including availability on its direct to consumer platform and digital paid rentals.

Although Goldman Sachs recognizes that about 90% of a film’s cumulative domestic box office historically has been realized within the first five weeks, the firm highlights that this occurred in a period when roughly a three-month theatrical window was the standard and believes that a shortened home video window could negatively impact theatrical attendance.

Excluding Wednesday’s move, IMAX stock had outperformed the broad markets with a gain of about 24% year to date. In the past 52 weeks, the share price was up closer to 73%.