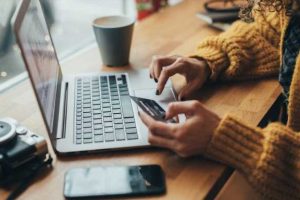 The internet has revolutionized our world and made it possible to communicate, spread ideas, play games and more with people thousands of miles away. It’s allowed people who would never have been able to communicate to do so easily.

The price of internet and access to certain parts of it can range drastically depending on the local laws. The price of internet in Ethiopia is astronomical, averaging $424.38 per month. In the East African country, the government is the only internet service provider and uses this monopoly to charge astronomical rates. Ethiopia is not the only country with no private ISPs, but it has the most expensive internet by far.

There are other parts of the world where the government effectively provides internet, including some countries as well as smaller municipalities. In Longmont, Colorado, the city-owned NextLight has competitive rates and was named the fastest internet company in 2018 by PC Magazine.

To identify the 25 countries with the most expensive internet, 24/7 Wall St. relied on prices by country obtained on Aug. 17, 2021 from Numbeo — an online database of user-contributed data about cities and countries worldwide. Numbeo shows the average monthly utility bill for internet (60 Mbps or more, unlimited data, cable/ADSL), for 109 countries with sufficient numbers of contributors. Because Numbeo aggregates data in real time, data may be subject to change over relatively shorter periods of time compared to government data sets.

To get an idea of local internet use, we also reviewed population and broadband access statistics from the World Bank, each for the latest year for which data was available.

The private sector can bring competition and drive down rates but can also form predatory monopolies of their own. Government regulation can limit price gouging but doesn’t necessarily stop these companies from providing abysmal customer service. Several “South Park” episodes do a great job of satirizing major U.S. provider Spectrum and summing up the sentiments of many of their customers. On the flip side, Americans are happiest with the customer service from these companies.

Several technology companies have evolved from their original business and have started to enter the ISP market. A number of entrepreneurs and companies have announced plans to deploy satellite networks that would provide internet access throughout the globe. Google has been expanding its fiber network and threatened more traditional companies like Spectrum that previously had local monopolies. Among those entering the ISP business in one way or another are some of the world’s most valuable brands.

While some of the countries on this list are developing nations in Africa, the Middle East, and South America, many are developed nations in Europe and North America. The United States just misses the top 10 countries with the most expensive internet.