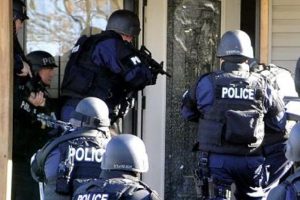 German authorities have launched a wide-scale crackdown on people offering illegal financial services. According to the latest reports, German police have arrested 18 people in the Republic of Kosovo on charges of participation in fraudulent investment platforms.

According to a recent press release issued by the Bamberg Prosecutor General’s Office and the Police Headquarters in Schwaben, a total of 17 properties including 7 call centers were searched during the operation in Kosovo. Two ZCB prosecutors and ten officers from the Neu-Ulm Criminal Police Inspectorate participated in the latest operation.

Police also seized €160,000 and a total of seven vehicles during the operation. Additionally, German authorities highlighted the support from the Kosovo police and mentioned that a total of 240 Kosovar police officers participated in the implementation of the measures.

According to the police, a group of people involved in online fraudulent platforms (so-called cyber trading) stole millions of dollars from European investors in recent years. All arrested men were between the ages of 22 and 45.

“As things stand, the Central Office Cybercrime Bayern will ask for the extradition of at least six of the arrested men. The detainees come from the Republic of Kosovo, Albania and Germany. The detainees are, on the one hand, call center employees, who were particularly ‘successful’ with German-speaking victims and are said to be responsible as ‘top brokers’ for damages in the millions, and on the other hand, the leaders of the call centers,” the official press release states.