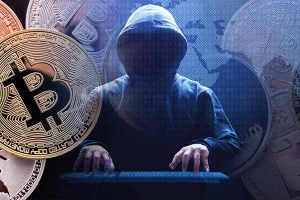 Bitcoin wallet moved 4,997 BTC to cryptocurrency exchange Bitfinex yesterday, according to the latest data published by blockchain tracking platform Whale Alert. Large Bitcoin transactions saw a dip over the weekend amid price stability in the world’s most valuable digital currency.

The total value of the latest Bitcoin transaction stands at around $180 million. The mentioned transfer was executed on 31 May at 13:46 UTC. The latest transaction appeared approximately one week after a BTC owner moved 9,999 Bitcoin to an unknown cryptocurrency wallet.

Similar to the latest movement of 4,997 BTC, a Bitcoin address transferred 800 coins worth nearly $30 million from a wallet to digital exchange crypto.com. The transfer was recorded on 31 May at 21:58 UTC.

Bitcoin’s volatility has dropped slightly since the start of this week amid price stability. According to the latest data published by crypto firm Bybt.com, nearly $130 million worth of BTC positions were liquidated in the latest 24 hours.

Despite the latest dip in Bitcoin and other cryptocurrency assets, the adoption of BTC has increased during the last few weeks. Earlier this week, the Bank of New York Mellon Corporation, commonly known as BNY Mellon, announced that it is planning to expand its presence in BTC and cryptocurrency market through a dedicated crypto unit in Ireland. Carl Icahn, the US-based billionaire and founder of Icahn Enterprises, surprised everyone with his positive comments about BTC and cryptocurrencies last week. During an interview with Bloomberg, the former critic of BTC said that his firm is studying the crypto market for a potential investment of up to $1.5 billion.