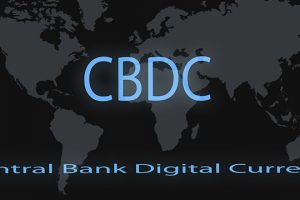 This week, one of the world’s most powerful central bankers, the European Central Bank’s Christine Lagarde, confirmed that she was aware of 80 central banks currently looking at digital currencies. She stated she felt it was “a duty of us to actually have available digital currencies that would operate to the benefit of customers.”

Lagarde also said that in various consultations, large numbers of customers had expressed concerns about privacy but that they understood the crucial difference between privacy and anonymity. This important distinction is something Dr. Craig Wright has repeatedly emphasized when talking about Bitcoin over the years.

A wave of recent stories about central bank digital currencies

CoinGeek has covered most stories of significance about CBDCs, their development, and which central banks are experimenting with them. There has been a clear increase in the pace at which this is happening. Here are some of the most recent stories:

We published all of these stories in June and July of 2021 alone. This underscores how fast all of this is moving and quickly the world of money is changing. You can read these stories here.

Analysis: CBDCs and their potential implications

Depending on who you ask, central bank digital currencies are either negative or a good thing. Many privacy-oriented Bitcoiners fall into the former camp, with lots of mainstream economists falling into the latter. This is a hotly debated topic people are unlikely to agree on anytime soon. However, what we can do is ponder what changes CBDCs might bring about and how money might develop in the coming years.

Based on what we can gather from the stories above, it’s clear that national currencies are here to stay. All of the central banks have spoken about digital versions of their existing currencies rather than adopting a global standard.

However, how fast and the way in which these can be exchanged could be forever altered. Will it be possible to switch your digital dollars for euros or sterling with a few taps on your screen? Frequent travelers probably hope so.

It might also become the case that these national currencies end up backed by a new global standard or basket of digital currencies. Could a digital bancor become a reality in the age of CBDCs? Time will tell.

The political implications of CBDCs

It’s also clear that lots of citizens in every country have concerns about liberty and privacy in the era of CBDCs. From Lagarde’s statements, we can see that even the high-level financial players that the ECB consults with have expressed these concerns.

Will the central bank be able to freeze or delete your money? Will your government be able to track everything you buy or sell and everyone you interact with financially? Will the new payments systems be open, or will they be closed systems controlled by national governments? These are questions that people inevitably ask on social media and in-person conversations about CBDCs.

It’s also obvious that these national digital currencies will give central banks previously unimagined power. In the current system, central banks lend money to retail banks who then lend it to the people. CBDCs and the rise of digital wallets could allow for retail banks to be cut out of this process. For example, they could airdrop money to citizen’s wallets to stimulate the economy or provide relief in times of economic crisis. These changes could also revolutionize how things like welfare payments and tax collection work.

An often overlooked element of CBDCs would be what they would mean for crime and corruption. If built on a public blockchain with the capabilities of Bitcoin Enterprise Blockchain, it would be possible to detect fraud, corruption, and theft more easily.

It could also be possible to freeze stolen funds and even reverse transactions if and when such allegations are proven in court. As Satoshi Nakamoto himself said, “Imagine if gold turned to lead when stolen. If the thief gives it back, it turns to gold again.” CBDCs built on Bitcoin could have the same properties because the miners/nodes who process transactions must comply with court orders.

It’s difficult to imagine how corrupt dictators could siphon funds into offshore bank accounts or how terrorist groups could move funds globally when everything is visible on a public blockchain. This becomes doubly difficult if larger transactions can only move between KYC-checked wallets.

CBDCs are coming—get ready for them

While there are many and varied opinions on what the consequences of CBDCs might be and how much power central banks should have in society, it’s evident from the constant stream of news stories that CBDCs are coming, that digital wallets are in development, and that non-sovereign digital currencies like Bitcoin are here to stay in one form or another.

What the full consequences of the total digitization of money might be are probably unimaginable right now. However, one predictable consequence is that when CBDCs are ready, and possibly even before that, governments around the world will clamp down on digital currencies that don’t comply with existing laws and regulations.

Users, developers, and holders of such currencies should prepare for this. Only the legally compliant will survive.