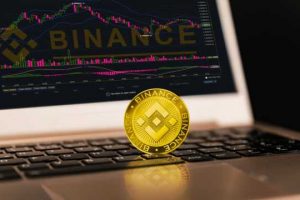 A group of Binance customers are seeking to get their funds back after the platform froze in May. These users had leveraged positions and were unable to reduce them or close them. On May 19, Binance’s app crashed for more than one hour, leaving customers unable to manage their funds. These users are now pursuing legal action against the exchange in France and Italy.

A group of users affected by outages in the Binance service is organizing to battle the exchange. Hundreds are pursuing legal action in France and Italy after the exchange froze on May 19. This is the case for Anand Singhal, a freelance coder who entered a leveraged position with more than $50K dollars. When Singhal started checking prices and perceived the incoming fall, he tried to get out of his position.

But he couldn’t. Due to the precipitous price fall that bitcoin and other cryptocurrencies experienced at that time, Binance’s platform was unable to cope with the transaction load. Hundreds of thousands of traders were trying to do the same thing at the same moment: exit the market. The platform crashed and left traders unable to handle their positions for more than an hour.

Singhal and other traders lost their money as a result. And now they are fighting back. According to the Wall Street Journal, at least 700 users are searching for legal recourse to recover their funds from Binance in France. And in Italy, more users are petitioning Binance on the same issue.

However, these crashes are nothing new in the cryptocurrency exchange world. Even Coinbase, one of the biggest and most regulated cryptocurrency exchanges, has had to deal with similar issues. In fact, Coinbase faced difficulties at the same time Binance did. Robinhood, a fee-free exchange, has also had its share of problems with outages and has been fined $70 million Financial Industry Regulatory Authority (FINRA).

But Binance is a “headquarters-less” exchange and due to this, it will be difficult for these users to recoup their losses. Binance stated it has contacted most of the affected users to offer compensation for the problems. In any case, disgruntled users still looking for reimbursement must present their complaints to the Hong Kong International Arbitration Center, according to Binance’s terms of service.

This news comes at a time when Binance is facing an increase in regulatory oversight from world governments, with several institutions blocking payments to the exchange in the U.K. and Europe last week. To make matters more complicated, Binance has also received warnings from securities regulators in the U.K., Japan, the Cayman Islands, and Thailand just in the last month