Home » A New Bitcoin ETF Has Gone Live in Canada

A New Bitcoin ETF Has Gone Live in Canada 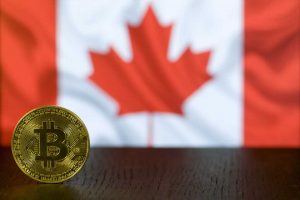 With the rise of cryptocurrencies over the past year, it is now clear that they are here to stay, and we can see how they are becoming an increasing part of mainstream industries, businesses and sectors as time passes. This has been especially true in the financial sector, as cryptocurrencies could fundamentally change the way this sector operates. While the level of acceptance towards cryptocurrencies has differed across various countries, Canada has been one of the most open to this new innovation, allowing startups to flourish, and creating an environment where cryptocurrencies have been able to thrive. This can also be seen in the country’s financial system, where yet another Bitcoin ETF has now been launched.

The Canadian investment fund management firm 3iQ has launched a Bitcoin ETF on the Toronto Stock Exchange, roughly three weeks after it filed the final prospectus for this ETF with Canadian regulators. This ETF aims at providing exposure to Bitcoin for investors without them having to hold Bitcoin themselves, as it will look to track the changes in the cryptocurrency’s price in dollars, and therefore provide the opportunity for long-term capital appreciation. While the listed management fee is 3%, the company has stated that it will absorb all expenses over 0.25%.

This ETF marks yet another milestone for Canada in terms of crypto adoption, as we can see in both the financial sector and elsewhere. 3iQ had also launched the first ever Bitcoin fund in Canada, while Canadian regulators have recently also approved similar ETFs based on the Ether cryptocurrency by Purpose Investments, Evolve Funds Group and CI Global Asset Management. Purpose and Evolve have previously launched Bitcoin funds as well, with those funds having AUMs of around $1.3 billion and $100 million respectively, showing the size of the market and therefore the opportunity available in this space.

Of course, this has not been restricted to just the financial sector. Cryptocurrencies have been adopted across various other sectors in Canada, including retail, banking and quite a few online services. One of the best examples of this is the Canadian online gambling sector, which has seen a transformation through the acceptance of crypto. Canadian casino https://winz.io/en-CA offers users the chance to place bets through cryptocurrencies, while also using blockchain to improve their platform’s speed, safety and reliability. Now there are multiple platforms in Canada which now allow players to bet with crypto, and this has had a huge impact, as revenue and traffic have both increased by a significant amount over the last year, both due to this decision as well as the ongoing pandemic.

Canada’s eagerness to accept crypto is in stark contrast to its southern neighbour, the United States, where the Securities and Exchange Commission is extremely reluctant to grant permission for similar funds, despite receiving multiple applications for the same. On the other hand, the 3iQ fund in Canada, which was launched in April 2020, has also grown to over $1 billion in AUM. Thus, these examples in Canada show how there is a considerable market for crypto ETFs and funds, and it will be very interesting to see if and when they are approved in the United States. Given the size of the American market, we can expect that any funds launched there will grow at a rapid pace, and the experience in Canada has shown that first-mover advantage is vital. Thus, the SEC will need to carefully consider which firm it allows to access this part of the market first, although most indications are that any approvals are still a long way away, and so Canada will probably remain as the number one country in the world for crypto-based ETFs and funds for some time yet.