Aave's Founder Sells A Social Experiment As An NFT 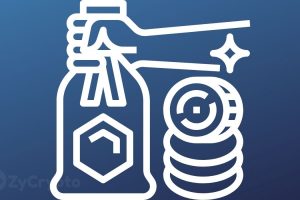 The founder of a top DeFi platform, Aave has successfully sold an NFT for the sum of $1.15 million. The sale gives the buyer two options which according to Kulechov is the perfect opportunity for him to conduct a social experiment.

Aave’s founder, Stani Khulechov’s NFT called Yield has been sold for an impressive 350 ETH which is worth just over a million dollars. The NFT artwork takes the form of a video with the word YIELD spelled out in balloonlike characters while silver faces of Khulechov fill out the background and can be construed as a nod towards the reward of yields that can be earned on the Aave platform.

The purchaser of the NFT has two options available to him. He has the option of holding onto the NFT and resell it if it appreciates or return it to Khulechov before October 31 and get the purchase price. In addition to getting back the purchase price, the buyer will receive 10% of the value or 10 ETH to be determined by whichever is cheaper. This raises the dilemma of whether or not the buyer will hold onto the NFT or return it for 10 ETH. Presently, ETH trades at $3,538, and that gives 10 ETH a value of $35,380.

According to Khulechov the NFT is both an art and also an “interesting experiment”.  He added that the concept was to see if “the winner of the auction will go long on the artwork itself.” He also expressed his desire to see just how the artwork will be priced on the secondary markets. The artwork was designed by Sven Eberwein while bidding for the art spanned for just one day.

NFTs have continued their meteoric rise in the cryptocurrency space since they made their debut. So far, this asset class has set and broken several records as adoption rates soar at staggering rates. Blockchain enthusiasts will not forget Beeple’s record-breaking NFT artwork sale that was auctioned by Christie’s for over $69 million.

NFTs have found particularly diverse use cases in art. From being used to establish the provenance of artwork to be a way for artists to circumnavigate intermediaries. Through NFTs and blockchain tech, artists can track future sales for commissions.

NFTs have been deployed in art but the combination with social experimentation makes this transaction stand out. DeFi giants and non-custodial liquidity protocol, Aave, offers users the opportunity to earn yields on the platform and this transaction is eponymous of the platform’s features.