Home » Crypto » $ADA and $MATIC: Crypto Analyst Explains Why He Is Expecting Huge Gains in June

$ADA and $MATIC: Crypto Analyst Explains Why He Is Expecting Huge Gains in June 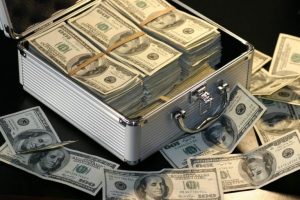 Earlier today (June 1), popular New Zealand-based crypto analyst Lark Davis (@TheCryptoLark on Twitter), talked about five altcoins that he expects to do very well this month and the reasons for his bullishness.

In this article, we highlight some of his more interesting comments regarding Cardano and Polygon.

On Monday (May 31), the Polygon team announced that the 0x ($ZRX) team has integrated the 0x API with Polygon, thereby giving Polygon developers access to deep DEX liquidity, and named Quickswap and SushiSwap as two DeFi projects that would benefit from this partnership.

Photo by “Maklay62” via Pixabay