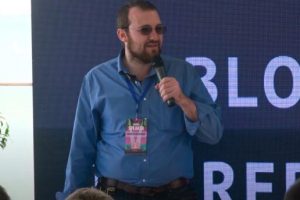 Shortly after the introduction of confidentiality platform Midnight at last week’s IO ScotFest event in Edunburgh, Scotland, IOG Co-Founder and CEO Charles Hoskinson explained why Midnight handles disclosure at the DApp level not the protocol level.

On Friday and Saturday of last week, the city of Edinburgh in Scotland, which is “the birthplace of Cardano’s Ouroboros protocol”, hosted an event named “IO ScotFest: the age of Voltaire” that was orgaized by Input Output Global (IOG), the blockchain technology firm behind the research and development of the Cardano protocol.

As an IOG blog post published on 4 November 2022 pointed out, Edinburgh was the perfect city for this two-day event:

“Edinburgh, a focal point of the Enlightenment period in Europe, is a fitting venue for IOG’s celebration. For the French philosopher François-Marie Arouet – writing as ‘Voltaire’ – was a leading light in the Enlightenment, an astonishing period of intellectual and scientific accomplishment that spanned the eighteenth and nineteenth centuries.

“He prized criticism and argued for the separation of church and state. So Voltaire was chosen as an inspirational name for the governance theme of Cardano, with its emphasis on long-term sustainability and democratic decision-making empowered by the community.

“The University of Edinburgh and the Royal Society of Edinburgh were important institutions in the Enlightenment, encouraging the careers of Adam Smith – whose ‘invisible hand’ metaphor is oft-quoted by economists to this day – and David Hume, a philosopher who influenced people as varied as Immanuel Kant and Albert Einstein.

“So Professor Aggelos Kiayias, the chief scientist at IOG, is an ideal choice to kick off ScotFest. A professor at the University of Edinburgh, and a fellow of the Royal Society of Edinburgh, Professor Kiayias led the team that created Ouroborous and guides IOG’s academic researchers across the globe. The research enabled Cardano to become the leader in proof-of-stake blockchains in 2017.“

Last Friday (18 November 2022), which was day one of IO ScotFest, the IOG CEO introduced Midnight during his keynote presentation:

“Midnight will be a data protection-based blockchain that safeguards sensitive commercial and personal data, protecting fundamental freedoms of association, commerce, and expression for developers, companies, and individuals.

“Midnight will enable developers to quickly build and deploy data protection-first DApps using many programming languages, starting with Typescript, whilst companies will be able to share mission-critical information without the fear of leaks or censorship. Individuals will be able to safely share their sensitive information when operating in a connected world.“

“… it introduces a new paradigm for online interaction, allowing users to control the data they choose to reveal and keep the rest off the internet. Midnight will be a completely new departure on how confidential information is considered when building dApps.

“Midnight will be built using a novel data protection-first programming model. The platform will use zero-knowledge cryptography and a combination of private and public computation, creating a trust-less ecosystem that safeguards sensitive personal and commercial data.

“It will operate as a sidechain of the Cardano blockchain, inheriting its security and decentralised qualities while significantly extending Cardano’s utility, opening up valuable new use cases for individuals and companies looking to transact, publish or share data.

“This will allow for a rich web of data-protected connectivity with rules-based, trust-less interactions anchored in the Cardano ecosystem. Midnight will be created specifically for developers to write smart contracts in a variety of popular languages – starting with Typescript – allowing them to develop smart contracts more easily than ever before.

“Through the platform companies will be able to share mission critical information, such as financial data, directly with each other while proving they have met regulatory requirements without revealing any other confidential information.“

After some uninformed people on Twitter started making certain allegations about Midnight, Hoskinson explained to them in his inimitable style that Midnight has no “backdoor”.

He went on to explain why Midnight will handle disclosure/privacy at the DApp level and not the protocol level: