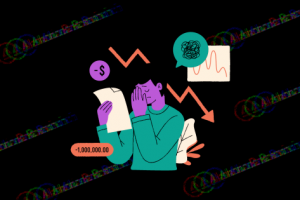 On January 13, the liquidators of Alameda Research lost $72,000 worth of digital assets as they were attempting to consolidate money into a single wallet on Aave. The liquidators made an effort to settle a borrow position, but due to an oversight, they withdrew further collateral, which placed the assets in danger of being liquidated.

A total of 4.05 Wrapped Bitcoin (WBTC) were lost during the loan’s two liquidations over the course of nine days, and they cannot be recovered by the loan’s creditors. Now, the latest info is saying that the liquidators have lost over $10 million.

A report from blockchain security platform Arkham Intelligence estimates that the liquidators of Alameda Research have lost at least $11.5 million in trading capital since taking over the company’s accounts.

According to Arkham’s findings, more than $4 million worth of these damages might have been avoided if the liquidators had instead of withdrawn collaterals chosen to liquidate the company’s wallet.

Based on the company’s findings, two weeks before the takeover by liquidators, the Alameda wallet “0x997” had a short position of 9000 Ethereum (ETH) (worth $10.8 million at the time) against the collateral of $20 million Circle USD (USDC) and $4 million DAI (for a total value of $15.2 million).

Since the 17th of January, the wallet has seen a series of setbacks, which has resulted in its present balance being in a deficit position of $1.1 million ETH relative to $1.4 million USDC, with a total value of $300,000. Arkham also said that this was the most recent liquidation in a series that spanned approximately two weeks when the account was under the custody of the Liquidator.