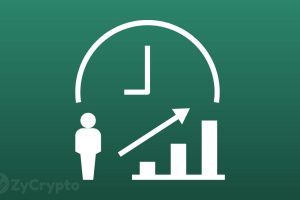 After a tumultuous week, the crypto markets appear to be recovering from losses made during the week. The Russia-Ukraine geopolitical tensions and the EU parliament Proof-of-Work ban proposal rattled markets.

The State Of The Markets Heading Into The Weekend

The crypto markets appear to be bouncing back after slipping on Sunday with news of EU’s proposed rule that could have, in effect, banned Proof-of-Work cryptos like bitcoin and Ethereum across the European Union (EU).

Bitcoin spiked nearly 7% within 24 hours after the majority of the EU Parliament voted against the provision, nearing the $40k price point once again as bulls stepped in to buy the dip.

At the start of the week, about $150 billion was wiped out from the crypto market. The market has since made back some of those losses, gaining an extra $139 billion, with the global crypto market cap sitting at around $1.87 trillion.

The Russia-Ukraine crisis continues to heighten global anxiety and panic. Within minutes of Putin’s initial broadcast on Russia’s military operation in Ukraine, the crypto and equity markets began to slide, as the correlation between the crypto and traditional markets persisted.

The trend has followed the increasing exposure of institutions to the nascent market. Chris Dick, a quantitative trader at B2C2 commenting on the correlation, said, “This correlation shows that Bitcoin is firmly behaving like a risk asset at the moment—not the safe haven it was touted to be a few years ago.” It should be noted that while these markets plummeted, gold, the traditional inflationary hedge, jumped to $2000 per ounce.

Despite all of these happenings, MicroStrategy’s Michael Saylor firmly believes that the clash would only increase Bitcoin’s appeal. He tweeted, “Wars create inflation, cripple commerce, and make bitcoin compelling.”