An open letter to Lex Fridman 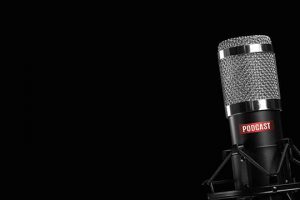 As a long-time listener of your podcast, going all the way back to Episode 1, I have found immense value in the information you make available to the world. Some of the conversations you’ve had have taken my mind to places I never imagined possible, and I’ve learned much from your guests and you.

However, the recent episode featuring Ethereum leader Vitalik Buterin was nothing short of shambolic in parts. He told you lies, made false accusations, and gave a one-sided, long ago debunked account of BSV blockchain and Dr. Craig Wright.

Initially, I was disappointed that you didn’t challenge him on many of these falsehoods. However, having thought about it more, I realized that it wasn’t an unwillingness to challenge him on your part, but a lack of ability to do so, given that you have to date never had a credible representative of the other side of the story, that being someone from the BSV camp, to tell you why Mr. Buterin’s assertions are false, and where the gaps in his logic are.

First, Mr. Buterin referred to BSV as a “cash grab.” This is typical of fledgling developers who fear BSV and its capabilities. They wish to paint it as a scam because they know that when the world wakes up to instant transactions for 1/100th of a cent, unworkable blockchains like Ethereum with 20 TPS (maximum) limits and gas fees that reach $1,500 per transaction during high-demand periods will no longer attract capital investment or users. It is Ethereum that is the cash grab, Mr. Fridman, not BSV. You need only refer to the Ethereum foundation dumping $100 million worth of ETH tokens on retail investors at the all-time-high in 2017 to confirm this.

Second, Mr. Buterin referred to BSV as “80% scam.” There are two related points to make here.

It is the unanimous view within BSV, from developers to supporters of the vision, that BSV has no value without real-world utility. This is not a coin that will gain value because of “investment,” for a peer-to-peer digital currency is not an investment at all, but a tool to be used to bring about a better world. BSV will only gain value if it is used. This is a far cry from the “digital gold, get rich for doing nothing” narrative promoted by BTC speculators or the “it’s the next big thing – whatever that’s supposed to be this year” narrative coming from the Ethereum camp.

Second, which sounds more like a scam to you? Cryptocurrencies like Ethereum, which are not in fact cryptocurrencies at all, that entice gullible investors into paying hundreds of dollars in fees to move digits around a distributed database in the hope of getting rich by selling something of no inherent value to another speculator, or an honest digital ledger designed to keep a record of global financial transactions and enable micro transactions that the poorest people in the world could pay without thinking twice?

The next time you speak with him, ask Mr. Buterin specifically what the scam is in BSV? And if he is so concerned about scams, why not call them out with the same ferocity when they are built in their multitudes upon Ethereum?

Mr. Buterin misled you yet again when he called BSV a “fork of Bitcoin.” It is, in fact, BTC and BCH that are forks of Bitcoin. If you’d like to confirm this for yourself, you can refer to the graphic below that shows, undeniably, how the developers of these two Bitcoin imposters changed the protocol from the original design, thus forking it.

Mr. Buterin does not mistakenly make these false statements. They are deliberate attempts to steer the narrative in a direction that is beneficial to him and his cohorts. He knows that Ethereum can never scale, but he hopes that those who are willing to pay $1,500 per transaction to gamble on tokens forged on Ethereum won’t figure that out too soon.

Next, let’s turn our attention to Dr. Wright, the supposed boogeyman of crypto.

I for one will admit that when I first entered the cryptocurrency space in 2016, I was of the belief that Dr. Wright had falsely claimed to be Satoshi Nakamoto. The social media campaign (and it is indeed an organized campaign) to convince newcomers such as yourself of this is immense. I fell for it, but being an independent thinker who prides myself on my ability to draw my own conclusions, I decided to examine my assumptions and biases and reevaluate the evidence. This led me to change my mind. Let me ask you a series of questions, in the spirit of the Socratic method, to pique your interest and bring you closer to the truth.

Can you find me a single clip, anywhere or at any time, of Dr. Wright soliciting money from crypto speculators? You will not find one. Isn’t that odd behaviour from a so-called scammer? In an industry awash with easy money, Dr. Wright seems uninterested in claiming any of it from the legions of retail speculators ready to part with it willingly. That makes you think, doesn’t it?

Why would a conman be so keen to take people to court and face the law? Dr. Ruja Ignatova of OneCoin infamy and the people involved with Bitconnect scattered to the wind when the law came knocking. Yet, it is Dr. Wright’s detractors who duck, dive, and make feeble excuses when he challenges them to face him in front of neutral judges in a court of law. (Yes, Cobra, I’m thinking of you). Is Dr. Wright simply the world’s greatest bluffer, escalating risk to insane levels for a cause that is ultimately lost from the outset? If so, why don’t any of his accusers call his bluff?

Why has Satoshi Nakamoto not exposed Dr. Wright to date? All it would take is a simple gesture, and a few seconds of his time, to expose any imposter in front of the world and end this debate for good. Yet, Satoshi remains silent. Believers in the mythical anarchist-god-king of Bitcoin will imagine that he is dead, that he is above exposing Dr. Wright, or that he has moved on, none of which have a shred of evidence to back them up, while ignoring the ever-growing piles of evidence that point to Dr. Wright as Satoshi Nakamoto.

Why is Dr. Wright so obsessed with Bitcoin, to begin with? If he was indeed a grifter in it for a cash grab, why not just launch an altcoin? Even the smallest projects attract millions in speculators’ funds. Dr. Wright has proven himself capable of leading a functional and scalable blockchain project that works today and convincing plenty of people that he is legitimate. Why go to all the trouble of claiming to be Satoshi Nakamoto, incurring ridicule and abuse, and spending millions of dollars in legal fees, when easier money is to be found in launching the latest hype coin? Any clear thinker can see that Dr. Wright’s actions align more with those of someone protecting his life’s work even at great personal cost rather than a scammer attempting to have a crack at the money pinata.

Lastly, how is it possible for Dr. Wright to know so much about Bitcoin, in a way that no other person in this space comes close to? I invite you to watch his Theory of Bitcoin series with Ryan X. Charles to whet your appetite, followed by reading his book Satoshi’s Vision for a real education on what Bitcoin is. How did he know that Bitcoin scales on-chain, just as Satoshi said it did? And why do his views so closely resemble those Satoshi espoused? Why has he never wavered in those views, despite years of being mocked for them, only to be proven right through BSV?

To summarize, if you are to believe Vitalik Buterin, you are expected to simultaneously believe that:

That’s a heck of a number of coincidences and a lot of good fortune, isn’t it, Mr. Fridman? Hopefully, these questions are beginning to cause you to doubt the narrative you are being told by Mr. Buterin and others like him.

Of course, the true story is that they fear BSV and Dr. Wright. They want a world where keys prove ownership and code is law, undermining the very foundations of Western civilization. They want you to count him out without listening to his arguments, because if the world becomes aware that Bitcoin transactions are instant and almost fee-free, and that endless numbers of apps can be built on top of it, then Ethereum is dead in the water, as are most other blockchains. This is one of the reasons that none of them, most especially Mr. Buterin, will rise to the challenge of a one-on-one debate with anyone credible in BSV, least of all Dr. Wright.

I’ll end this with words written in the final chapter of Satoshi’s Vision:

What is interesting is that all these individuals and practically everyone opposing me seeks to create a system that allows illegal activities to occur with impunity. I’m seeking a system that works within the justice system and law. Which one seems more likely to be the fraud?

Mr. Fridman, doesn’t all of this make you curious to find out the truth about BSV, Satoshi Nakamoto, and other matters related to scaling Bitcoin? As a fan of your podcast, I urge you in the name of accuracy and truth to speak with one of BSV’s many capable thought leaders, and the next time someone like Vitalik Buterin lies to your face in front of your millions of listeners, you’ll be better equipped to pick up on it and challenge him.

Sincerely, and with the deepest of respect,