Home » Crypto » Andrew Schober Is One of Many Victims of Crypto Theft, but He's Taking Action

Andrew Schober Is One of Many Victims of Crypto Theft, but He's Taking Action 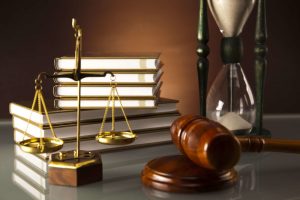 A man named Andrew Schober is accusing two young men in Britain of stealing his cryptocurrency fortune and refusing to give it back.

Andrew Schober Is Working to Get What’s His

The situation is unique in the sense that the two culprits in question were initially still minors when they committed the theft. Named Benedict Thompson and Oliver Read, both are alleged to have stolen the money three years ago in 2018 from Schober, who allegedly owned a crypto wallet known as “Electrum Atom.”

When he tried to transfer as many as 16.4 bitcoin units to a separate account, malware the boys had potentially created caused the funds to be moved into a wallet they controlled. At the time, the bitcoins would have been worth over $700,000 – a mere fraction of what that sum would be today, and naturally, Schober is eager to get the money back.

Here, Mr. Schober believed he was communicating only with his own cryptocurrency wallet, but because of the malware, either Benedict or Oliver or both intercepted and altered the communications between Mr. Schober and the bitcoin blockchain.

Per details from the suit, it is believed that Schober may have spent as much as $10,000 tracking down whoever stole his money. He has since sent a letter to the parents of Read asking that the funds be given back to him. The letter explains:

It seems your son has been using malware to steal money from people online. We have all the evidence necessary to implicate his guilt… Ask him yourselves. He might have thought he was playing a harmless joke, but it has had serious consequences for my life.

The suit also goes into heavy detail regarding what Schober has been through. Documents read:

He did not eat or sleep for days afterward and has been in a severe state of distress for the past three years. The cryptocurrency accounted for approximately 95 percent of his net wealth at the time it was stolen from him. Mr. Schober was planning to use the proceeds from his eventual sale of the cryptocurrency to help finance a home and support his family.

Schober did not receive any communication from the family and has since filed his civil lawsuit in the US District Court in Colorado last May. Since then, the legal team representing Hazel Davina Wells – the mother of Oliver Read – asked that the suit be dismissed given that the two-year statute of limitations has passed. Thus far, it is not clear what direction the court will take.