Ankr Becomes an RPC Provider to the Sui Blockchain 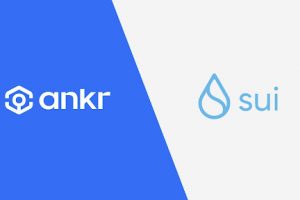 Ankr, one of the world’s leading Web3 infrastructure providers, has become one of the first RPC (Remote Procedure Call) providers to the Sui blockchain, the permissionless Layer-1 blockchain designed to enable creators and developers to build Web3 experiences for the next billion users.

Developers can now access the Sui Testnet Community and Premium RPCs, make request calls, and receive information returns that mirror the results they would get by running a full node by themselves. The partnership will enable developers to build safe, scalable, and upgradable dApps on top of the Sui blockchain.

Josh Neuroth, Ankr’s Head of Product, said, “Sui’s new technology and Move-based development, paired with Ankr’s easy connection to the blockchain, will create a building environment that is easy and intuitive enough to open the doors to a growing set of new developers and projects. We are very excited to support Sui so Web3 developers can build faster on what is shaping up to be a promising new ecosystem.”

Sui is a Layer-1 chain that uses the proof-of-stake mechanism and the Move programming language. It’s designed to offer high throughput and low latency, processing over 120,000 transactions per second. Sui has attracted a variety of DEXs, DeFi protocols, launchpads, NFT projects, social platforms, wallets, and much more.

To strengthen the global Sui network, Ankr is providing a geo-distributed and decentralized Sui RPC composed of many independent blockchain nodes running worldwide for low-latency and reliable connections.

Following this partnership, Ankr is now an RPC provider of choice to 39+ blockchains and testnets including Ethereum, BNB Chain, Solana, Polygon, and Avalanche. An RPC enables various applications to interact with the blockchain.